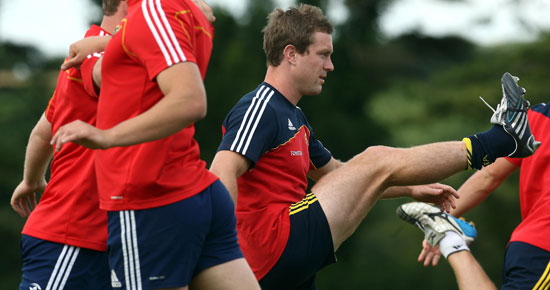 The Munster players completed week three of pre season training this afternoon with a squad session in Cork.

The Munster players completed week three of pre season training this afternoon with a squad session in Cork.

Churchill Cup player and new signing Felix Jones commenced Munster training this week in his respective Limerick base and was present at his first Munster squad session this afternoon.

Academy players were also present at this afternoon’s session, and are still participating in the pre season senior programme. Their numbers were boosted this week with the return of the Irish U20s players, Conor Murray, Andrew Burke and Danny Barnes.  Peter O’Mahony injured his AC joint during the IRB Junior World Championships and is progressing well with his recovery.