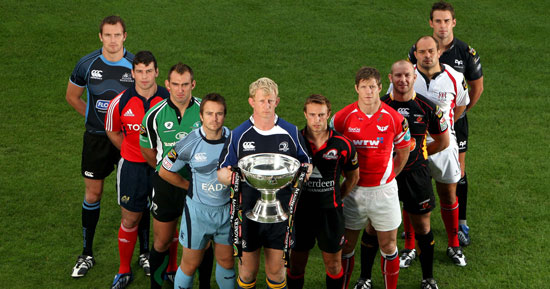 Magners Irish Cider has announced today that it has extended its sponsorship of the Magners League for a further two years. The agreement will see Magners continue as title sponsor of the competition until at least May 2011.

Magners Irish Cider has announced today that it has extended its sponsorship of the Magners League for a further two years. The agreement will see Magners continue as title sponsor of the competition until at least May 2011.

Currently midway through their third season as title sponsor, the Magners renewal comes at an exciting time for the league with Celtic Rugby confirming at the start of the season that a play-off structure will be introduced from 2009/10 onwards.

Stephen Kent, Marketing Director, Wm Magner Ltd said: “Our relationship with Celtic Rugby has been productive and rewarding over the last three years and we are delighted to be extending our partnership. Since the first year of sponsorship the stature of the Magners League has increased significantly; the next two seasons will mark a new stage in the development of the tournament, particularly with the introduction of season ending playoffs and we are excited about the prospect of being involved in this process.”

David Jordan, Director of Celtic Rugby, also commented: “I am delighted that our partnership with Magners Irish Cider will be continuing until at least May 2011. The support and enthusiasm that Magners has shown in partnering and investing in our league has been self evident to all our stakeholders. In the three years since Magners have come on board we have seen a dramatic increase in attendances at matches and a substantial improvement in the competitiveness and attractiveness of our tournament.

“I believe that it is fair to say that the Magners League now commands huge respect in European and World Rugby and the success of our teams when they transcend into other tournaments, and when Magners League players take to the International stage, is demonstrated by the fact that last season all European cross border silverware was held in Celtic Rugby hands: Munster, European Champions; Ospreys, Anglo Welsh Cup holders and Wales, grand slam RBS 6 Nations winners. This season the trend looks even better with attendances ahead of last year by 20%, four teams in European quarter finals and Ireland taking the 2009 six nations championship with a grand slam.

“Magners Irish Cider has played an integral part in creating the credibility and success that the Magners League now commands and everybody within Celtic Rugby looks forward to continuing that success, especially with the introduction of end of season play-offs which is an important step forward in raising excitement levels even further.”

Magners involvement in rugby began in 2003 with the sponsorship of Edinburgh Rugby and in 2005 extended to London Wasps. In 2006 they added to their rugby portfolio by taking on the title sponsorship of the Magners League, which has since become their flagship rugby property. Magners will continue to invest in its ongoing development by engaging rugby fans, the teams and media, and working closely with Celtic Rugby on the inaugural play-offs in 2009/10.