Easy Win For Munster A 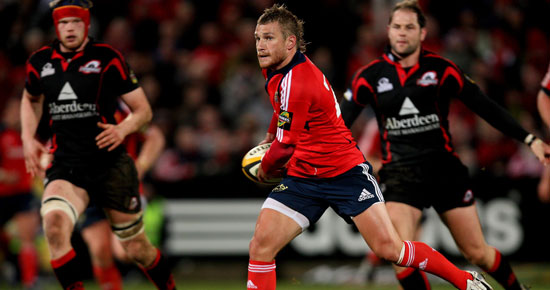 Munster ran out convincing 39-6 winners over Leinster in the A game played in front of a huge attendance at Waterpark RFC this afternooon.

Munster ran out convincing 39-6 winners over Leinster in the A game played in front of a huge attendance at Waterpark RFC this afternooon.

A Scott Deasy try, converted by Jeremy Manning after just seven minutes gave Munster the ideal start and Manning added a penalty for a 10 point lead. Leinster out-half James Power landed a penalty but a second Deasy try, again converted by Manning, pushed the home side further in front and although Power was on the mark again before half time, an early second-half Manning converted, Duncan Williams try put this game way beyond Leinster’s reach.

Tommy O’Donnell weighed in with a try in the 55th minute and two further tries from replacement Mike Sherry simply served to emphasise the dominance of a well drilled Munster side.