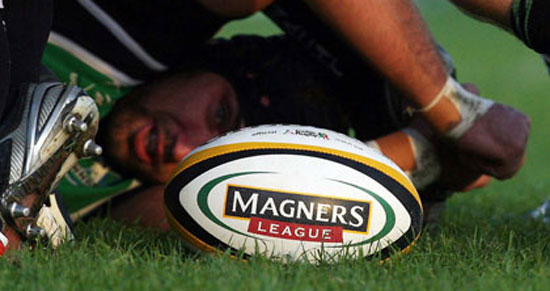 And to add to their woes they also suffered the loss of Ronan O’Gara and Rua Tipoki, both of whom went off injured in the opening half.

Ulster raced into an early lead when Paddy Wallace scored after just six minutes albeit from a forward pass and they made the most of their opportunties to lead 22-6 at half-time.

Whatever chance Munster had of staging a comeback disappeared when Ulster extended their lead with a converted try and subsequent penalty within nine minutes of the restart and although Doug Howlett crossed for a try after a clever Paul Warwick crossfield kick, Munster were just seeking respectability.

However, it ended with a try for Andrew Trimble five minutes from time to complete a night of misery for Munster.