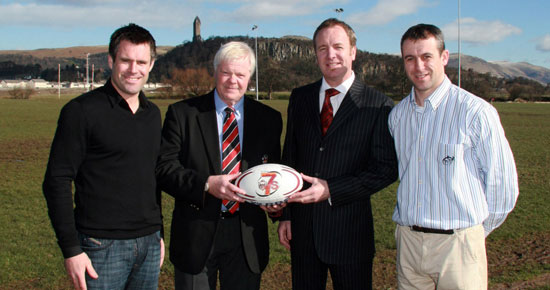 A Seven’s Munster Rugby Squad are to feature in the 2008 Ondeo City of Stirling Seven’s Rugby Tournament in Scotland on April 26th.

A Seven’s Munster Rugby Squad are to feature in the 2008 Ondeo City of Stirling Seven’s Rugby Tournament in Scotland on April 26th.

The 2008 Ondeo City of Stirling Seven’s will take place in the Stirling County Rugby Football Club on Saturday 26th April, and will see some of Europe’s most elite rugby clubs go head-to-head in a fantastic all day event.  This is the first time Munster Rugby have featured a seven’s team in such an event.

The Munster team who will be sponsored by Data Space (Scotland) Ltd., will be joined by other Professional sides such as London Wasps and Edinburgh Gunners, and “The Kenny Logan RBS Private Banking All Stars” who will combine of current English and Scottish seven’s Internationals.

The remainder of the line up will consist of a range of local talent from Scottish Premier 1, the RAF, a combined army team and select sides from the Forth Valley area, with the tournament promising to be an exciting day for all.

Johnny was on hand on the day of the launch, in Stirling County RFC, and was joined by the Munster Team Sponsor Jim Steel of DataSpace (Scotland) Ltd. 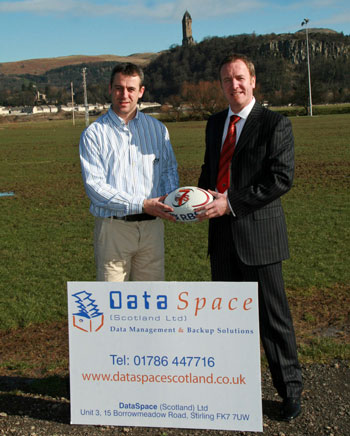