Were they watching the same game ? 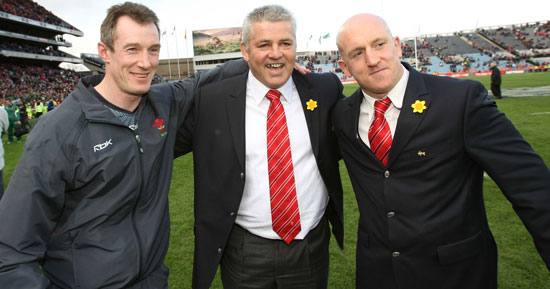 When you read what commentators have to say after matches, sometimes you just have to wonder were they all watching the same game.

When you read what commentators have to say after matches, sometimes you just have to wonder were they all watching the same game.

Take for example the respective views of George Hook and Brendan Fanning writing in the Sunday Independent on the performance of referee Wayne Barnes.

According to Hook, “Ireland were helped by a poor refereeing performance.” while Fanning opined, ” Barnes communicated well throughout and had an excellent game.”  That opinion was shared by Irish Times rugby writer Gerry Thornley, “Barnes was excellent throughout.”

Now most people would take heed of Fanning who knows a thing or two about rugby and writing whereas the Tommy Tiernan of sports commentary Hook, seems a little confused at times, probably because he is so immersed in his ‘get Eddie out’ campaign.

Shane Horgan’s effort had ‘come up short’ according to Fanning but Sunday Tribune columnist, Neil Francis, sitting about three rows above Fanning thought, “he should have been awarded the try”, even though, “when that big long reach went out it was millimetres short” !!

Francis’ colleague Ciaran Cronin was of the opinion that, “the Leinster winger lost control of the ball a split second before he grounded it for a try.” No he didn’t. He was as, Thornley correctly pointed out in his  Irish Times match report, ” stopped from grounding the ball an inch short of the line by Mike Phillip’s thunderous tackle.”

It should be pointed out that all concerned have access to tv monitors and therefore could see the several re-runs of the Horgan effort.

All that aside however most, not all,  of the reportage was fair. But when members of the media wonder why some of this current crop of players may be a little reticent about talking to them, they might have a look at the headline on the back page of The Irish Mail on Sunday. The piece, penned by Liam Heagney provides us with the unfairest cruellest line of the weekend – Trimble hands Triple Crown to Wales.

Andrew Trimble is a decent young man, a good footballer. He didn’t shirk the tackle, just failed to execute it effectively. Liam Heagney is a decent sort also whowill of course say he doesn’t write the headlines.

He should have a word with the faceless genius who does.