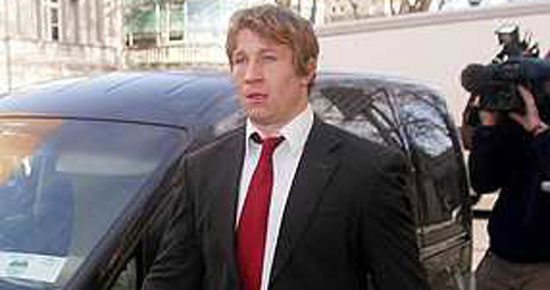 An independent Disciplinary Committee convened today in Dublin handed Jerry Flannery an eight week suspension after finding him guilty of foul play in the game against Clermont Auvergne.

An independent Disciplinary Committee convened today in Dublin handed Jerry Flannery an eight week suspension after finding him guilty of foul play in the game against Clermont Auvergne.

Flannery was legally represented by former Munster and Ireland international Donal Spring and accompanied to the hearing by Munster coach Declan Kidney. Afterwards, Kidney and Flannery left without comment but Spring said "we are very disappointed with the outcome and are considering an appeal."

The hearing was scheduled for a 2pm start but was delayed as the Committee concluded the hearing that resulted in Alexandre Audebert being found guilty of stamping on Ronan O’Gara and punching Alan Quinlan. The Disciplinary Committee decided the punching offence did not warrant a red card and accordingly did not impose a separate suspension and imposed an 8 week suspension on the Clermont player for the stamping offence they deemed was of the top end in the level of seriousness, Audebert’s action resulting in O’Gara requiring 20 stitches to his right ear.