Gaffney in line For Ireland role ? 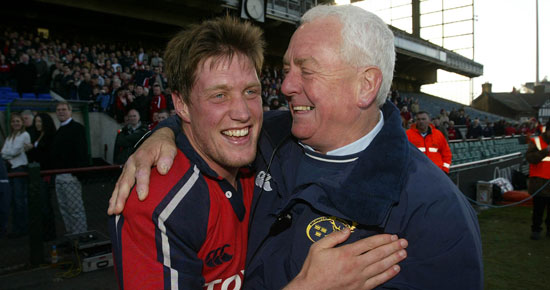 Former Munster coach and current boss at Saracens Alan Gaffney is reported to be a front runner for the new role as backs coach to the Ireland side.

Former Munster coach and current boss at Saracens Alan Gaffney is reported to be a front runner for the new role as backs coach to the Ireland side.

According to Brendan Fanning in today’s Sunday Independent, a senior IRFU source confirmed that the former Munster coach would be the ideal candidate.

“He has the credentials,” the ‘source’ said,”  — there’s no doubt about that — and he’d make for a seamless transition. If you look at it Alan has plenty of experience at different levels and he would know a lot of the Irish players from his time over here.”

Gaffney spent five years in Ireland, first as backs coach to Leinster and then as Director of Coaching in Munster and he is held in high regard by the players in both provinces.

His Saracens side are currently in 4th position in the English Premiership table and top of a  Pool Four in the Heineken Cup that includes Biarritz who trail the London club by two points.

Last season he guided Saracens to a fourth place finish in the Premiership and the semi-final of the Challenge Cup.