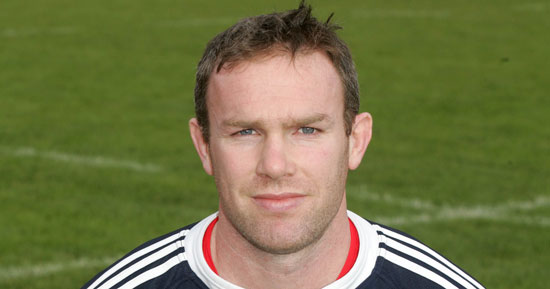 When John Kelly leads Munster out at Musgrave Park this evening for their Magners League clash against Connacht it will be his final appearance in the red shirt he graced for the past ten years.

When John Kelly leads Munster out at Musgrave Park this evening for their Magners League clash against Connacht it will be his final appearance in the red shirt he graced for the past ten years.

This game will end what has been a truly remarkable career that saw him earn 154 competitive Munster caps during which time he started in three Heineken Cup and two Celtic League Finals. One of Munster’s leading try scorers, he marked his international debut against Italy with two tries and went on to play 16 more times for his country.

Of the 14 Heineken Cup tries he scored – only Anthony Foley has scored more – the easy one to remember is the one that came in the 80th minute of the game in 2003 with Gloucester, the Miracle Match, but Kelly also opened the scoring that day and in the 2002 semi-final in Beziers it was Kelly’s 83rd minute try – with Munster just six points clear and the game very much in the balance – that sealed the outcome.

Full-back that day in Beziers and squad colleague of Kelly’s for all of his career, was Dominic Crotty and he had this to say when alerted of Kelly’s retirement. "JK was a brilliant rugby player for clubs and country.

"He had brilliant balance, deceptive speed and great creativity. He wasn’t a great kicker, useless really," said Crotty laughingly " But then, he didn’t need to be. He had the ability to beat a million tackles and still offload. An outstanding player, great teammate."

On Monday last, the following was written in the Irish Examiner, "Known as Mr Consistency because of his support work, work rate and ability under the high ball……… he is a quality international player who has proven his ability at the highest level. He is a marvellous professional and excellent role model."

The words were used by Heather Kidd to describe Doug Howlett (who arrives in this country tomorrow).

They could be just as easily applied to John Kelly.