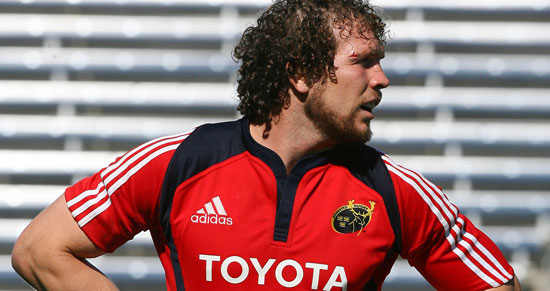 O’Sullivan has had surgery to repair damage to his cruciate ligament, an injury sustained in the first game of this season against the US Eagles in Chicago at the end of August. He is not expected to be back in action until March.

Paringatai, a 6’1″, 27 year old Northlander, was a teammate of Rua Tipoki with Canterbury Crusaders in the Super 14 last season and was on the New Zealand Maori team from 2004 until the Churchill Cup campaign in the United States (2006).

Born in Paraparaumu (as was Christian Cullen) on the North Island’s west coast, Paringatai captained Horrowhenua Kapiti at Schools and U19 level while he attended Kapiti College before moving to Dunedin and the Otago Rugby Academy.

During his time in Dunedin he played for the Otago Colts and the Highlanders Development side but a surplus of loose forwards down south convinced him it was time for change and he moved to Northland where he has remained.

In 2005 he gained overseas experience in Italy with Petrarcha at the end of which he was selected to play for an international All Stars selection against the Italian national side in a prep game for the 2006 Six Nations.

His form in the 2006 NPC – he played in every minute of Northland’s Air New Zealand Cup campaign – made the Crusaders sit up and take notice and he was drafted into their squad for the 2007 Super 14 campaign, making his debut against the (Auckland) Blues in Eden Park as a replacement at number eight for Moses Tuiali’i.

Paringatai is in on a short term (six month) contract, subject to medical and fitness clearance and being granted a work permit.

Horgan Back Next Week ?