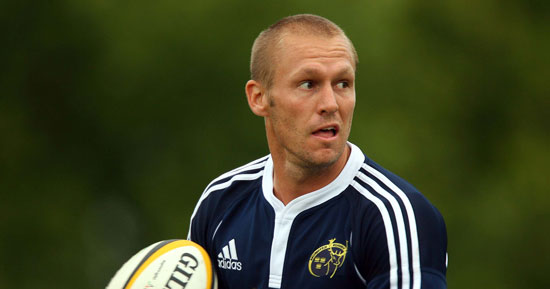 Twenty one points from Paul Warwick including a try in the opening half helped Munster to a 26-16 opening round Magners League win over Llanelli Scarlets in front a 3,400 crowd at Musgrave Park.

Not surprisingly Warwick was nominated the Man of the Match and his contribution of ten first half points left Munster four points up at the break (10-6).

They went further ahead at the very start of the second half when Rua Tiopki’s set up Anthony Horgan for a try that Warwick converted (17-6) and two more penalties from the livewire out-half pushed Munster clear.

However a penalty from Rhys Priestland and his conversion of a Matthew Watkins try opened the door for the visitors but Warwick slammed it firmly shut with a monster penalty from near half way in the closing minutes.