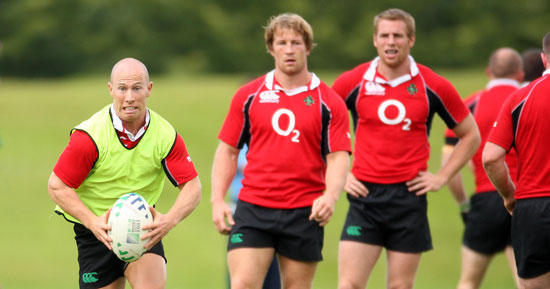 13 Munster players remain in contention for a place in Eddie O’Sullivan’s RWC squad with the game against Scotland set to decide the fate of seven contenders.

13 Munster players remain in contention for a place in Eddie O’Sullivan’s RWC squad with the game against Scotland set to decide the fate of seven contenders.

O’Sullivan is set to name his selection very soon after the game against Scotland and the coach himself makes no bones about the importance of that game in the context of helping him finally make up his mind. ” The game against Scotland will be the last chance we have to look at players before we name our 30 strong squad.” he said.

As things stand he has nominated 15 backs and 22 forwards and dealing with the cavalry first, all informed opinion is that he will bring either 13 or possibly 14 players to France. That in turn means that Brian Carney will be vying with Gavin Duffy and Tommy Bowe for one of the up for grabs spots. If its a 16/14 forwards backs/split – as all uterings from the Irish coach suggests – then it’s going to be a mighty close call between Carney and Duffy.

In the pack right now, four hookers remain Rory Best, Jerry Flannery, Frank Sheahan and Bernard Jackman with the Leinster player the one who will most likely be released back to domestic duty. He will probably be joined for sure by his Leinster colleague Keith Gleeson and that would leave 20 players and 16 places to fill.

What it really comes down to in that scenario is 4 from 6, Alan Quinlan and Mick O’Driscoll in contention against Leo Cullen, Trevor Hogan, Stephen Ferris and Jamie Heaslip. Quinlan’s experience, his line-out value and all-round abrasiveness and his good showing in the recent Argentine tour should qualify him and O’Driscoll’s ability to provide cover in both second and back row and again his lineout ability should see him making the cut.