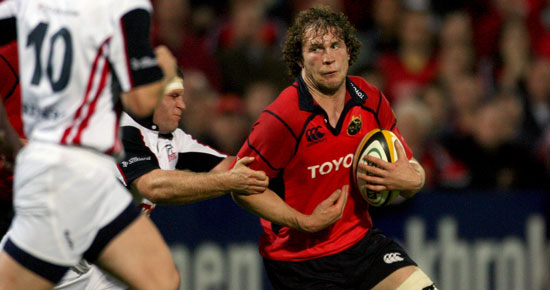 Earls was operating on the wing in Ireland’s 39-20 victory over the Canucks and with Jeremy Staunton whisked off to Argentina, Johnny Sexton comes into the out-half berth having played at full-back last time out.

Irish coach Michael Bradley makes just one change to the pack with O’Sullivan coming into the backrow in place of his former Munster colleague Stephen Keogh who is named on the bench.

Meanwhile, following on from their 59-23 win over Canada New Zealand Maori coach Donny Stevenson has amade eight changes with an entirely new front row in Craig West, Aled de Malmanche and Ben May.

“We are scheduled to play three games in eight days and on such a short and intense trip it is important that our players are looked after,” Stevenson said. “We have a strong squad with quality players and we don’t think the changes will affect the way we play.”

Tamati Ellison, who scored with his first touch against Canada, comes in for the impressive Callum Bruce at fly half, while Dwayne Sweeney, Shannon Paku and Hosea Gear also come into the backline to face Ireland A.

Stevenson has actually named 23 players with Scott Waldrom and Tanerau Latimer bracketed together in the back row. This is because Latimer suffered a cut above his eye as a replacement against Canada and a decision will be made on him on Tuesday.