Good News On The European Front 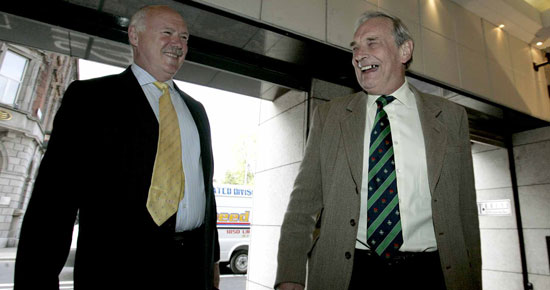 According to a statement issued today (Wed) by ERC Ltd, following a shareholders meting in Dublin there will be European Cup competition next season although who will compete from England an France has not been made clear.

According to a statement issued today (Wed) by ERC Ltd, following a shareholders meting in Dublin there will be European Cup competition next season although who will compete from England an France has not been made clear.

Instead the statement said  “The structure of the tournament will be discussed and agreed by the ERC Board in the coming weeks”. But given that there appears to have been no French club representation at the Dublin meeting, it must be concluded that the French clubs will come from outside the first division.

Premier Rugby Limited’s Chief Executive Mark McCafferty was in attendance but again as there was no specific reference to the Premiership clubs taking part, then it would appear at this stage that First division clubs will represent the RFU.

Whatever the case, it is welcome news and following on from the meeting the IRFU issued the following statement,

The IRFU welcomes today’s decision by the European Rugby Cup Board that there will be a European Club tournament in the 2007/08 season involving participants from all of the six competing Unions.

IRFU Chief Executive Philip Browne said, “Today’s outcome is  certainly welcomed by the IRFU and is a step in the right direction to securing the future of the tournament.  Although this announcement is only a starting point, it is good news for Irish Rugby and we will
be working with our fellow board members within the ERC over the coming weeks to formulate the structure of the tournament”.