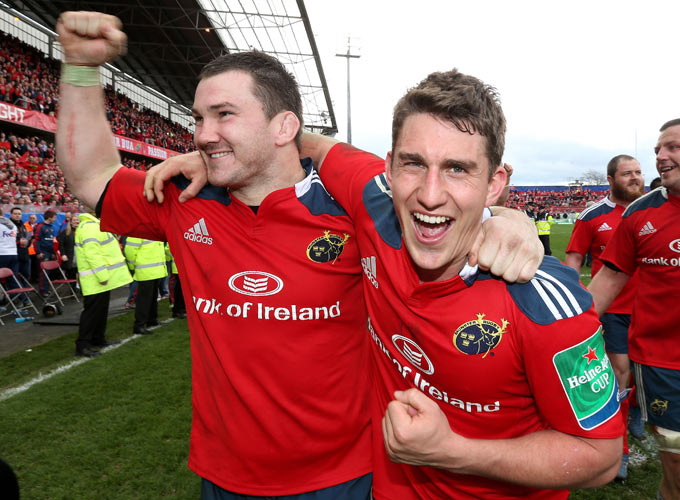 Damien Varley, who makes his first start in a Heineken Cup semi-final this Sunday, will lead the side out when Munster take on Toulon at the Stade Velodrome in Marseille at 4.30pm (3.30pm Irish time).

Hanrahan has been extremely disciplined in following his rehabilitation programme and is named in the replacements. His impressive work-rate and dedicated approach have helped the young out-half recover from the moderate groin tear he sustained against Glasgow Warriors earlier in the month.

While Donnacha Ryan, who has been battling with a foot injury since the Treviso game in March, did take part in this week’s training programme but has not been included in the side after a final assessment was made following this morning’s training session in Thomond Park.

Sean Dougall returns to a starting Heineken Cup XV for the first time since Perpignan away in December and joins CJ Stander and James Coughlan in the back-row.

Penney keeps faith with the front-five that started in the quarter-final v Toulouse, and with Casey Laulala recovering from a fractured bone in his hand the Head Coach can call on the same back-line also.

With the change to the back-row Tommy O’Donnell is named in the replacements while James Cronin returns from a sprained ankle to also feature in the squad.

In a keenly contested battle, Toulon had just too much for Munster in the South of France.

Sunshine and blue skies provided the most picturesque of backdrops to Munster’s much anticipated Heineken Cup semi-final against Toulon in Marseille.

The French fans are famed for their extravagant and passion fuelled support at home games, but if any travelling fans were to put it up to them, it was going to be Munster’s Red Army who created their own Sea of Red within the Stade Velodrome, more than playing their part in what was one of European Rugby’s greatest atmospheres.

Munster began the game in nervy fashion with an error ridden first half. Lack of composure and ill-discipline at the breakdown saw Johnny Wilkinson awarded 5 kickable penalties, four of which he landed together with a drop goal following a neutralised Munster maul and subsequent Toulon scrum.

While Munster also conceded a number of penalties at scrum time, Toulon returned the favour and the boot of Ian Keatley kept Munster in touch, the number 10 keeping his composure in an intimidating atmosphere to land 3 penalties in the first half.

However as soon as Munster managed to have a foot hold in the game and draw closer to Toulon, they lacked precision and infringed, unable to capitalise on chances out wide and allowed the boot of Wilkinson to maintain Toulon's comfortable lead throughout the first half.

A stamping offence on Conor Murray earned Fernandez Lobbe a yellow card, but Munster failed to utilise the extra man, Wilkinson adding another 6 through his only drop goal and a penalty during the 10 mins.
The kick of the game went to Delon Armitage. With Keith Earls penalised for not releasing, the Toulon full back placekicked from inside his own half to put the home side 18-9 ahead at half time.

Munster began the second half similar to the first, nervy in attack and it took a try saving tackle from Simon Zebo on Steffon Armitage to prevent Toulon from going out of sight. It was perhaps the wake-up call Munster needed as soon after that the province used the maul to great effect, gaining territory with Murray eventually releasing Zebo to touch down in the corner on 51 mins. Keatley was on hand to add the conversion but 5 mins later his penalty from the half way line went just wide of the posts, denying Munster the lead after 56 mins.

Habana and Bastareaud in particular asked questions of the Munster defence throughout the second half with the French centre awarded man of the match. Knock-ons and the sin binning of Earls added to Munster’s woes, the winger tackling the player while not in possession of the ball. Wilkinson added the 3 and were it not for a brilliant charge-down from James Coughlan would have landed another drop goal.

O’ Donnell, Hanrahan, O’Callaghan, Cronin, Casey and Hurley all featured in a second half that saw Munster create and get presented chances which ultimately they failed to take. With 8 mins left, the province chose to kick to the corner rather than for the posts to make it a two point game.

A Wilkinson penalty in front of the posts on 78 mins put the game beyond Munster and earned Toulon a place in the Heineken Cup Final.

Simon Zebo spoke after the game;
“We gave ourselves every opportunity. We were very confident this week. We knew what was ahead of us. We believed we could win. There was a chance there. And we didn’t take it. The silly errors forced us to come away with a loss.” 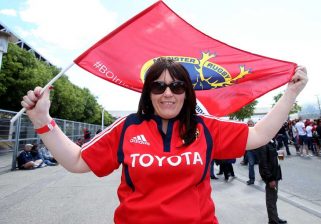 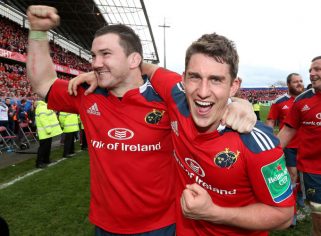