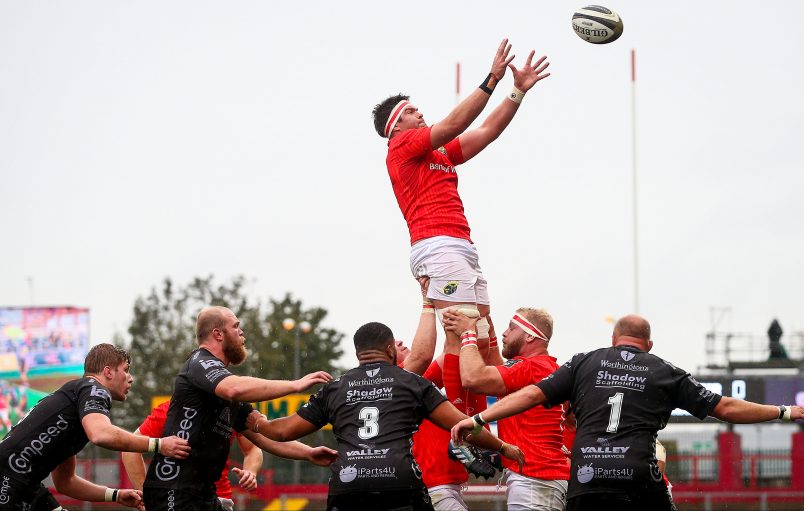 The Munster side has been named for Friday evening’s Guinness PRO14 clash against in-form Cheetahs at Toyota Stadium in Bloemfontein (5.15pm Irish time, 6.15pm local time).

Captain Billy Holland comes into the side as one of five changes to the team that beat Southern Kings last week with Tyler Bleyendaal, Nick McCarthy, Jeremy Loughman and Rhys Marshall also included.

Mike Haley starts at full-back with Darren Sweetnam and Shane Daly, Man of the Match in both of Munster’s opening games, on either flank.

McCarthy and Bleyendaal form a new half-back partnership with the centre pairing of Rory Scannell and Dan Goggin unchanged.

Loughman, Marshall and Stephen Archer pack down in the front row with Fineen Wycherley and Holland in the engine room.

The back row of Jack O’Donoghue, Tommy O’Donnell and Arno Botha is unchanged.

Academy player Keynan Knox is in line to make his second PRO14 appearance off the bench with Calvin Nash in line for his first competitive action of the season. 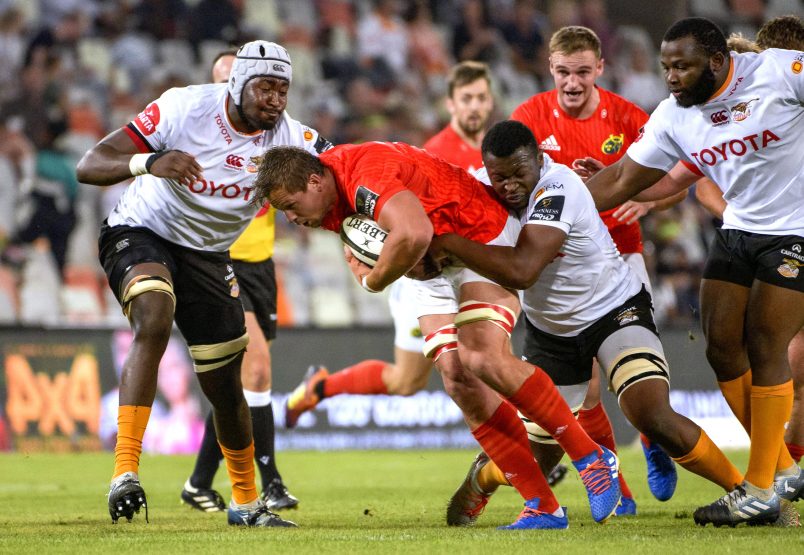 Munster suffered their first defeat of the Guinness PRO14 season in Bloemfontein on Saturday evening as a very strong Cheetahs outfit maintained their winning run.

Tyler Bleyendaal kicked three penalties for Munster in the defeat with Dan Goggin scoring a late try but a Cheetahs side that had scored 111 points in their opening two games secured their third bonus-point win of the season.

The loss was Munster’s first loss to a South African side since they joined the PRO14.

Captain Billy Holland came into the side as one of five changes to the team that beat Southern Kings last week with Bleyendaal, Nick McCarthy, Jeremy Loughman and Rhys Marshall also included.

Munster were on the back foot from the start as Loughman was harshly penalised for not rolling away and Cheetahs went for the corner.

Referee Mike Adamson then sin-binned Rhys Marshall for taking down the rolling maul with prop Ox Nche scoring shortly afterwards despite the best efforts of Holland.

Munster managed the remaining time down to 14 men well and Bleyendaal slotted over a tricky penalty on 21 minutes and a second three-pointer for offside before the half hour.

Junior Pokomela dived over in the right corner for Cheetahs’ second try on 33 minutes after the hosts worked an overlap to increase the hosts’ lead.

A third Bleyendaal penalty late in the half reduced the deficit to three, 12-9 at the break.

Munster were inches from levelling the scores on 43 minutes but Bleyendaal’s penalty came back off the post and Cheetahs were in for try number three just minutes later.

Joseph Dweba scored the bonus-point try on 56 minutes off a rolling maul when Munster again fell foul of the officials, this time after winning back possession at the breakdown as Mike Haley was penalised for not rolling away. Pienaar was again on target to make it 26-9.

A great chance went abegging when Munster had an attacking scrum just inside the Cheetahs 22 but the hosts were awarded the scrum penalty to release the pressure.

Cheetahs were over for their fifth try on 71 minutes as they took a quick tap and Jasper Wiese scored. The referee and TMO checked for foul play in the build-up due to foul play on Kevin O’Byrne but nothing untoward was spotted and the score was awarded.

Munster kept battling and Goggin showed great fight to fend off a defender strongly and score the province’s first try after Shane Daly showed great footwork and speed in midfield. The TMO was again consulted for a possible obstruction in the build-up but the score stood and Hanrahan converted.

Cheetahs put a gloss on the scoreline late on as Rhyno Smith scored in the final play to round off a deserved win for the hosts.

Academy prop Keynan Knox made his second PRO14 appearance off the bench.

Calvin Nash featured for the first time this season. 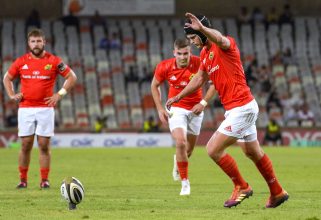 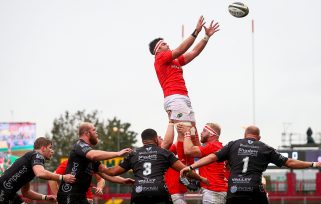 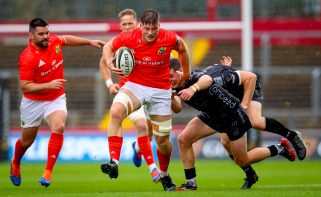 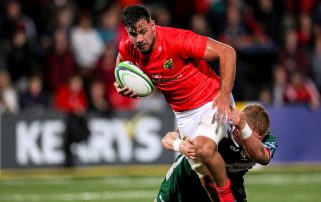