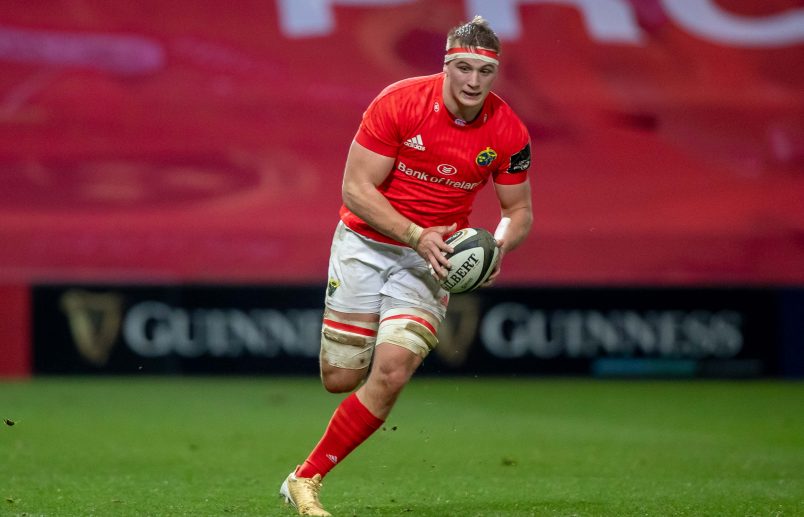 The Munster team has been named for Sunday’s Champions Cup opener against Harlequins at Thomond Park (5.30pm).

Download the match programme by clicking on the link below.

Gavin Coombes and Damian de Allende start on their European debuts with Academy prop Josh Wycherley in line to make his Champions Cup bow off the bench.

Keith Earls makes his first Munster appearance of the season with Mike Haley at full-back as Andrew Conway completes the back three.

De Allende and Chris Farrell form the centre partnership with Conor Murray and JJ Hanrahan in the half-backs.

James Cronin, Kevin O’Byrne and Stephen Archer pack down in the front row with Jean Kleyn and Tadhg Beirne in the engine room.

Coombes, captain Peter O’Mahony and CJ Stander start in the back row.

There are two Greencore Munster Rugby Academy players among the replacements as Josh Wycherley is joined by Ben Healy, who made his European debut last January.

Head Coach Johann van Graan said: “This is going to be a real 23-man effort at Thomond Park on Sunday.

“The players are driving each other so much and they were all tight calls between who starts, who the impact players are and who plays for Munster A against Ulster on Saturday.

“Gavin Coombes makes his European debut in the back row and we look forward to seeing him perform and Josh Wycherley from the Academy could make his Champions Cup debut, so it will be a special day for them.

“Harlequins are a quality outfit across the board and we’re really looking forward to the challenge on Sunday.”

The Munster A side to face Ulster A in Belfast on Saturday will be named later today. 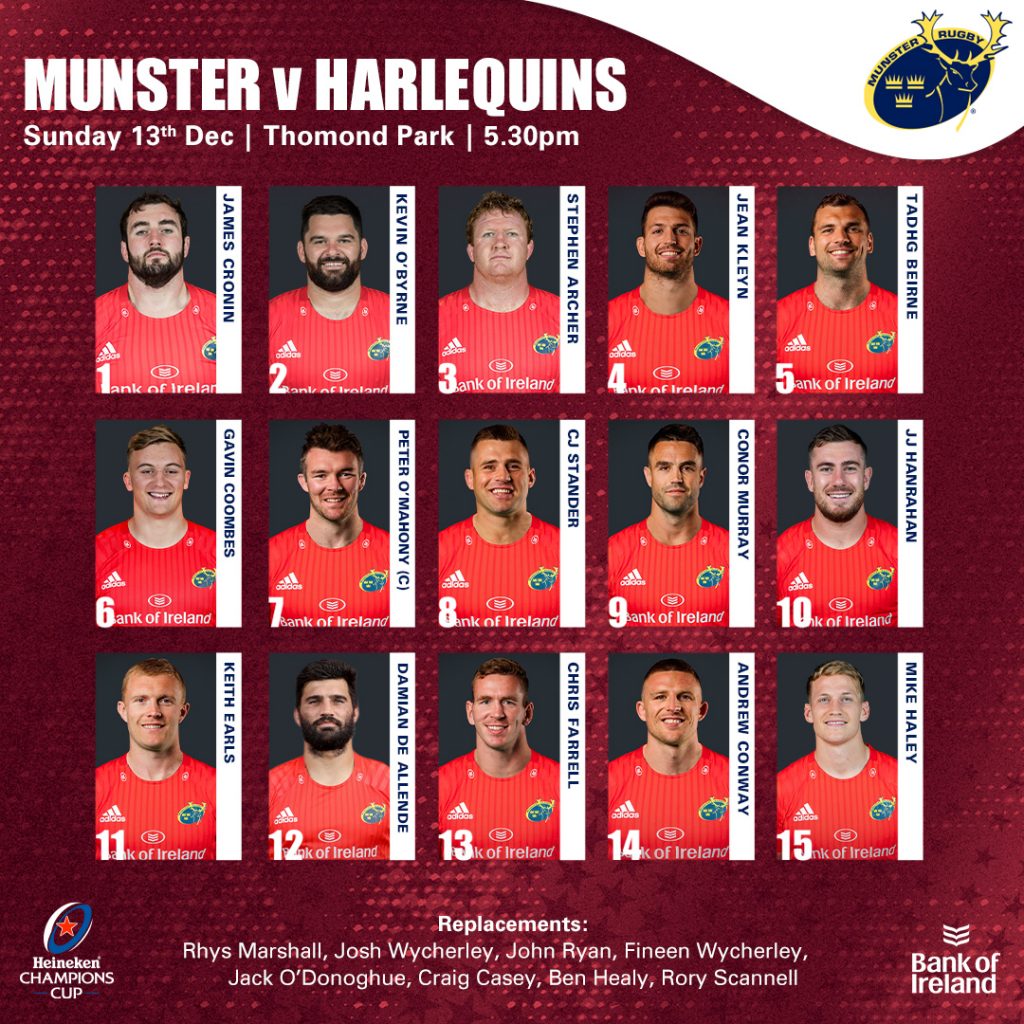 Order before noon on Tuesday, December 15 & yours will be in place for the St Stephen’s Day clash with Leinster. 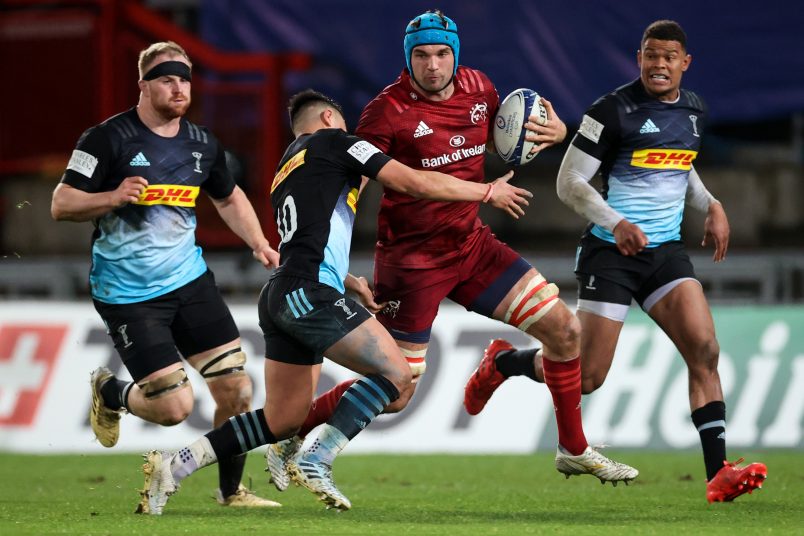 Munster started their Champions Cup campaign with a hard-fought victory in very difficult conditions at Thomond Park on Sunday evening.

A penalty try, Gavin Coombes’ first Champions Cup try on his European debut, two JJ Hanrahan penalties and one from Ben Healy secured the victory. Healy shipped two late hits in his 21 minutes on the pitch and will be assessed by the medical team.

Tadhg Beirne was Man of the Match after an all-action performance.

It was wet and windy at Thomond Park and Munster were 6-0 up at the break having played against the conditions in the first half.

It was a more open game in the second half with the penalty try and a powerful finish from Coombes earning the four points.

Quins out-half Marcus Smith kicked two balls dead on the opening quarter as he adapted to the conditions and Munster led 3-0 after 13 minutes thanks to a Hanrahan penalty following an off-the-ball tackle.

Great work from Beirne and Jean Kleyn gave Munster another opportunity but it was Hanrahan’s turn to misjudge the conditions and his penalty went too far.

Smith missed his first penalty on the half hour after Haley was pinged for holding on after claiming Mike Brown’s dink behind the defence.

CJ Stander was penalised for an intentional knock-on moments later with Smith’s miss again underlining the effect of the weather.

There was a let-off for Munster as Harlequins had an Alex Dombrandt try ruled out for an earlier forward pass by winger Cadan Murley after he countered dangerously.

James Cronin won a big penalty at the breakdown just before the break but Hanrahan was narrowly wide for his first miss off the tee.

James Chisholm had been sin-binned just before the break for cynical play at the breakdown.

Despite being a man down at the start of the second half, Quins were still looking dangerous and Stephen Archer was sin-binned on 46 minutes for tackling Danny Care as he looked to take a quick tap.

Conor Murray’s clever chip over the top for Earls led to another Munster penalty after Care impeded the winger as he chased the kick.

Munster kicked the penalty to the corner and looked to maul over but Will Evans intervened to drag the maul down. Munster were awarded the penalty try and Evans was sent to the sin bin as Munster moved 13-0 ahead after 49 minutes.

Harlequins were back in it as Murley slipped past Conway on the outside to score and Smith’s conversion made it 13-7 after 56 minutes.

Dombrandt became the third Harlequins player sent to the sin-bin after a late shoulder charge on replacement Ben Healy moments after the out-half was introduced.

Healy leathered the penalty over from 55 metres and Munster led 16-7 as we entered the final quarter.

The win was secured on 70 minutes as European debutant Coombes showed his trademark power to score from close-range, reaching over to dot down.

Champions Cup Round One Round-Up

Ben Healy will be assessed for injury after two late hits.

Tadhg Beirne was named Star of the Match. 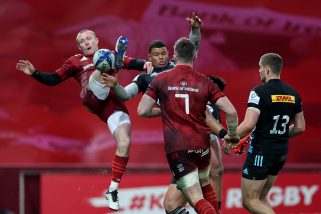 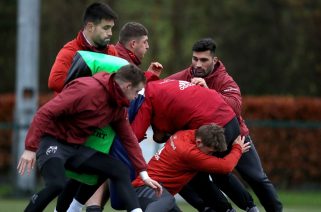 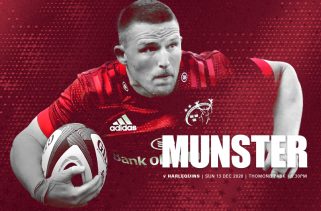 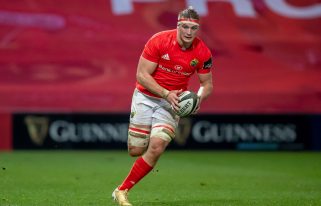 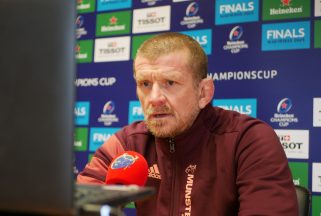 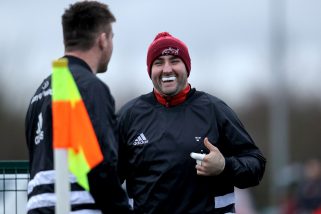 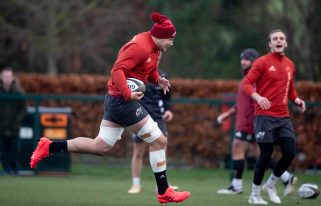 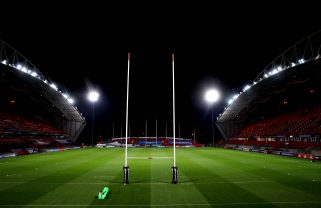 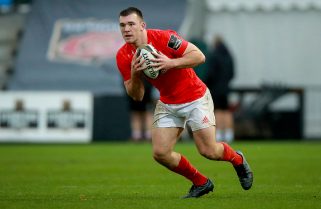