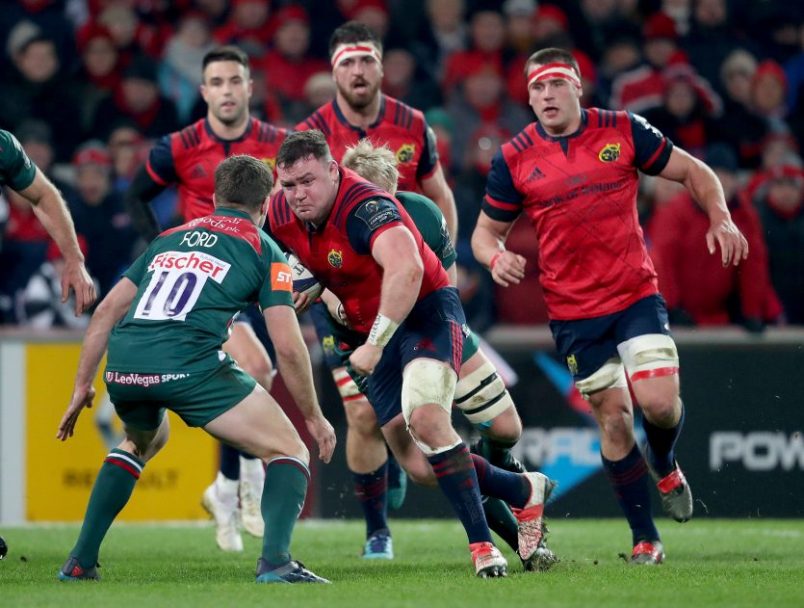 Head Coach Johann van Graan has named his Champions Cup side to face Racing 92 at the U Arena in Paris on Sunday (3.15pm Irish/4.15pm local – live on Sky Sports).

The latest trio to sign two-year contracts with the province, Billy Holland, Stephen Archer and Kevin O’Byrne, are all included in the squad with Holland and Archer among the starters.

The returning duo are two of four changes to the starting XV that beat Connacht 39-13 last Saturday, with captain Peter O’Mahony and Chris Cloete also named for Sunday’s round five European clash.

Archer joins Dave Kilcoyne and Rhys Marshall in the front row, as Holland resumes his partnership with Jean Kleyn in the second row.

The pack is completed with the back row of O’Mahony, Cloete and CJ Stander.

The all-international backline remains intact with Simon Zebo at fullback and Andrew Conway and Keith Earls on the wings. Rory Scannell partners Chris Farrell in midfield as Conor Murray and Ian Keatley continue as the half-backs.

Kevin O’Byrne, James Cronin and John Ryan make up the front row replacements with Cronin in line for his first European involvement of the season.

Head Coach Johann van Graan gives his thoughts on Racing 92, our opponents in Paris on Sunday, after the French side recorded a 58-6 win over Clermont last weekend.#R92vMUN #SUAF pic.twitter.com/KsXoeFLUCR

Narrow Defeat For Munster In Paris 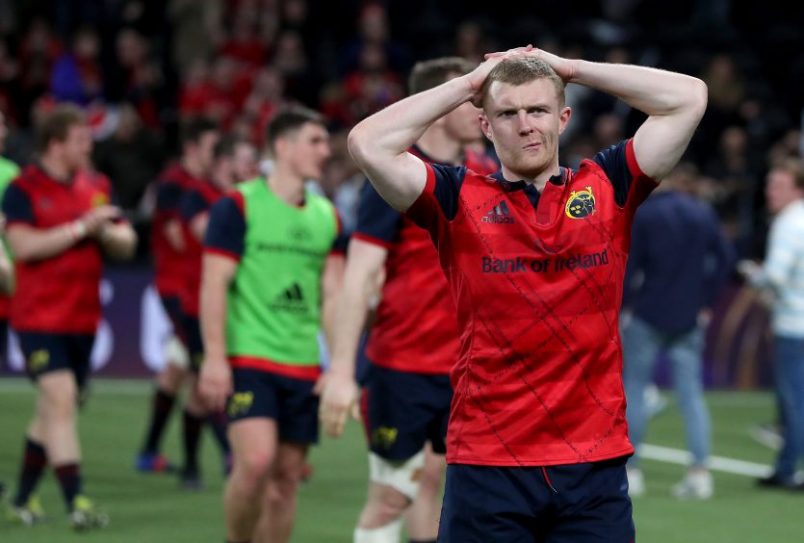 Munster’s quest to qualify for a record 17th Champions Cup quarter-final will go right down to the wire with a win over Castres Olympique next Sunday at Thomond Park crucial if Johann van Graan’s side are to reach the last eight.

While it wasn’t the result that Munster were looking for, the losing bonus point keeps the province one point clear at the top of pool four ahead of the final round of games.

The first Champions Cup game played at the U Arena got off to a perfect start for the hosts as Yannick Nyanga’s try inside two minutes was converted by Maxime Machenaud. Racing were 10 points to the good after just eight minutes when Munster were pinged for a high tackle and the trusty boot of Machenaud again did the business.

After that electric start for racing, Munster finally had the chance to make their mark on the game and Jean Kleyn dived over just past the 20-minute mark as Ian Keatley’s conversion reduced the deficit to three.

Keatley and Conor Murray both stuck the upright with penalties as Munster looked to gain parity but it was Racing that ended the half on a high as Machenaud slotted his second penalty for a 13-7 half-time lead.

As in the first half, Racing flew out of the traps after the interval with Marc Andreu touching down to make it 18-7 with the game seemingly getting away from the province.

A magnificent solo effort from Keith Earls revived Munster however as the winger sliced through the Racing defence and Keatley’s conversion reduced the margin to just four.

The travelling support were making all the noise now and when Chris Farrell crossed for Munster’s third try moments later and Keatley again found the target, Munster had turned the game on its head to lead 21-18.

Machenaud’s third penalty levelled matters on 53 minutes but Keatley hit back with two penalties either side of the hour to give Munster a six-point lead.

An incredible game took another twist when Dimitri Szarzewski touched down off a clever lineout move and the Machenaud again converted to move Racing back in front, 28-27.

Murray landed a monster penalty from inside Munster’s half to give the province a 30-28 lead with seven minutes to go but two late Machenaud penalties snatched the victory for Racing 92.

Peter O’Mahony was replaced early in the second half with an ankle knock but it is not believed to be a serious injury.

Andrew Conway and James Cronin both made their 90th appearances for Munster.

Former Munster man Donnacha Ryan made his 50th European appearance with 48 of those games played in the red of Munster. 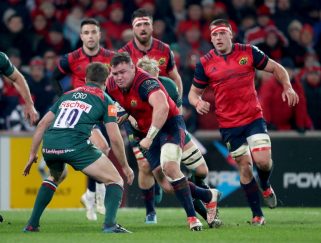