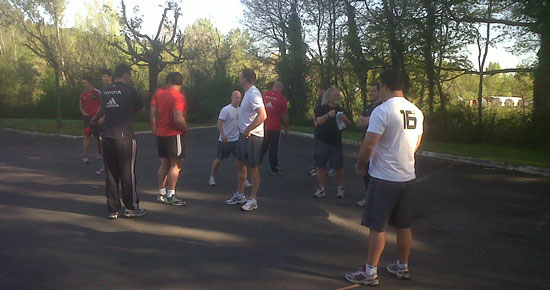 It’s not just the heat of the expected 30 degree Celcius in Brive today that Munster will have to cope with, they can expect Ugo Mola’s side to come out with all guns blazing right from the off.

There is huge awareness that one of the giants of Europen rugby is in town and this Brive side would like nothing better than to add Munster's scalp to those of Clermont, Stade Francais and Perpignan who have all been accounted for at the Stade Municipal this season.

Their side includes the big South African ball carriers Antonie Claassen and Gerhard Vosloo and Munster can expect them to come calling early doors along with Davit Kinchagishvili while out wide Fabrice Estebanez and Jamie Noon will also look to take the wind out of Munster's sails at an early stage.

Munster have been in this situation before and have the experience to know exactly what to expect, the fact that it's a competition they're unfamiliar with with matter not a whit. The old heads such as Ronan O'Gara, Mick O'Driscoll, Donncha O'Callaghan, Denis Leamy and David Wallace will need to bring all thier nous to the occasion today.

The team need to deliver a reprise of the second half performance of last weekend if they're to advance to a semi-final against Harlequins. 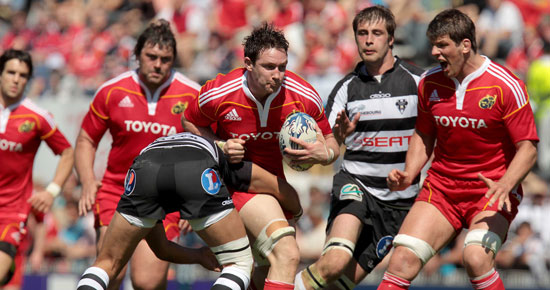 To fully understand the enormity of Munster’s advance to the Amlin Cup Challenge semi final as a result of their 42-37 win over Brive, one probably needed to be in the Stade Amedee Domenech on Saturday.

Temperatures in the Limousin region were 8-9 degree higher than normal for this time of year and at stages touched 30 degrees Celsius in the course of the game against a side who had already accounted for Stade Francais, Clermont, Perpignan and week earlier put 50 points on Bourgoin.

So those people entertaining thoughts that this would be an easy cruise to a home semi for Munster certainly weren't living in the real sort of world the Munster squad and their management occupy.

And it was Claassen who, in the course of a fine game, might have asked the biggest question of Munster as early as the 20th minute. At that stage Brive led 17-12 when Classsen caught the Munster defence flat-footed and sped into their 22. He lost the ball forward in contact for Keith Earls to gather and immediately launch a counter that went the length of the pitch supported by Felix Jones who put Doug Howlett in under the posts.

That lead lasted until just before half-time when Mathieu Belie kicked Brive in front and he extended it four minutes into the second half after Munster had given up good field possession inside the Brive 22, penalised at scrum time for Belie to kick them back into their own 22.

Munster however were back in front two minutes later when Howlett turned provider to put Earls in at the corner and O'Gara's touchline conversion edged them three points in front.

In control now, Munster turned the screw and if there was a degree of fortunate about Peter Stringer's 50th minute try, it owed much to Munster ambition. The move started inside their own 22 with Sam Tuitupou's break upfield and when he ran out of space his kick ahead had Brive in trouble. A pass to Scott Spedding went to ground because the full back slipped and Stringer, on as a 48th minute replacement, kicked ahead gathered and scored.

Three O'Gara penalties, the third a monster from half way, should have ensured that Munster could ease to the finish line but an intercept try from Palisson changed all such notion.

Belie added the extras and suddenly Brive tails were up as Munster looked out on their feet. To their great credit, they dragged weary limbs off the floor to once more plug gaps as the home side came at them from all sorts of angles. Replacement Shaun Perry squeezed over with a minute left on the clock. Brive won the restart, attacked furiously but Munster held out and had they not done, it would have been a travesty. 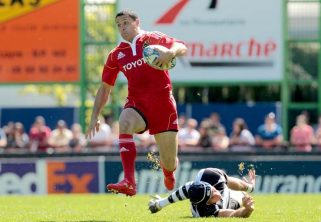 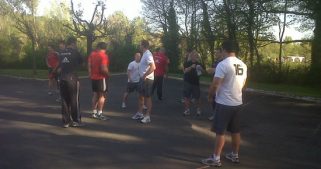