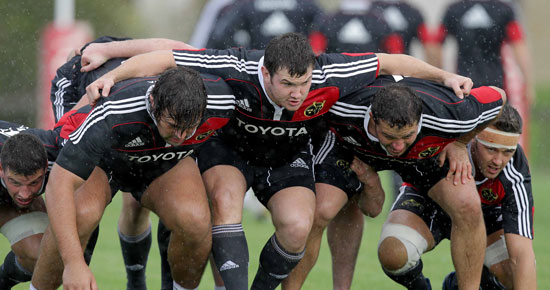 The Cup that cheers kicks off this weekend with Munster setting off this morning from Shannon to Reading’s Madejski Stadium via Heathrow and the clash with London Irish, their fifth time in six year years to have a first round away tie against an English club.

The up side of that of course is that the English side then have to travel back to Limerick for the final round game and to date, the only one who has managed that successfully is Leicester Tigers. So high flying London Irish, top of the English Premiership will feel they really have to do a number on Munster tomorrow. They'll also believe they have the game and the game managers to do just that.

They warmed up with a 40-24 demolition of Leeds Carnegie at tomorrow's match venue last weekend while Munster were losing to arch rivals Leinster but it could be argued that of the two, Munster had the the better prep game, a claim that finds favour with Munster captain Denis Leamy.

"They (Leinster) are a very good side and putting aside the result and the disappointment of that, I think we couldn't have asked for a better lead-in. Would we have been better off doing what they did, getting a bonus point win at home to the bottom placed side in the Magners? Or having what was a Heineken Cup level game against the side that won the competition two years ago?

"I don't know, others will debate that." He contnues. "We certainly have no illusions going into this one, either about ourselves or London Irish."

Leamy moves to the blindside with James Coughlan at number eight and Tony Buckley back in the front row, while Peter Stringer starts alongside Ronan O'Gara, Johne Murphy moves to full back with Denis Hurley coming onto the wing.

Aligned against them will be the massive Seilala Mapusua, the even bigger Sailosi Tagicakibau, and nimble footed Topsy Ojo, and we're just talking about the backs. The Irish man Bob Casey leads a rugged pack that contains the likes of Clarke Dermody, Declan Danaher and Nick Kennedy, and if Munster are to get anything from this game they need Sammy Tuitupou to carry off where he left Leinster last week, Ronan O'Gara to do what he does best, and introduce just a little more precision into their game than was displayed last weekend.

They also need perhaps to invoke the inspiration of the man that was burried yesterday, Moss Keane, who never took a backwards step and if Munster copy that it will be a good day for them and their supporters in West London. 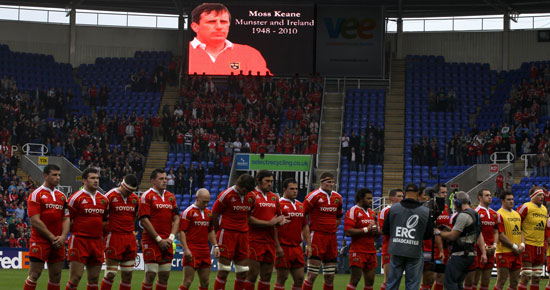 In what is unquestionably the toughest and most competitive Pool in this year’s competition, the bonus point that Munster somehow salvaged in their 23-17 defeat at the Madjeski could yet prove invaluable.

It came at a stage when all looked lost after Delon Armitage had kicked Irish into a 23-12 lead with less than seven minutes to go with Ronan O'Gara threading through a delicate kick for Sam Tuitupou to run onto to gather and score.

Mind you afterwards, speaking to Sky TV's Melissa Platt, the ever practical and honest O'Gara, when asked about the significance of the bonus point, replied with a wry laugh, "Well not much really, if we don't add a few wins to it."

And that was a theme continued by London Irish coach Toby Booth when he said. " I don't want the issue of Munster getting a bonus point clouding what we achieved here." But you would have to imagine he wasn't best pleased with that late strike and his, "It may become significant in January," could prove to be prescient.

Four first half penalties and drop goal from Ryan Lamb had the home side 15-6 in front at the break and Munster courted disaster just after the restart when Johne Murphy's attempted pass to Denis Hurley was intercepted by Topsy Ojo for a long range try.

O'Gara as is his wont, kept Munster hanging in there with two penalties and after a succession of drives by the pack, Armitage somehow managed to get himself under Tony Buckley's plunge for the tryline. From the recycle it was Leamy's turn but once again a superb tackle ended his ambition and the ball was lost forward.

It looked that all of Munster's effort would come to nought when Armitage kicked his penalty from a metre inside his own half – and moments later he missed from similar distance – but undaunted Munster delivered one last effort and were rewarded with that Tuitupou try. 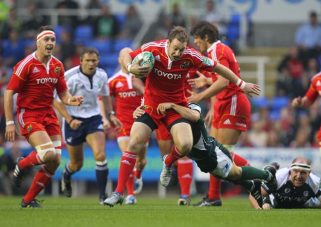 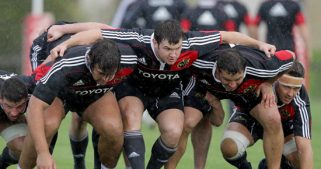