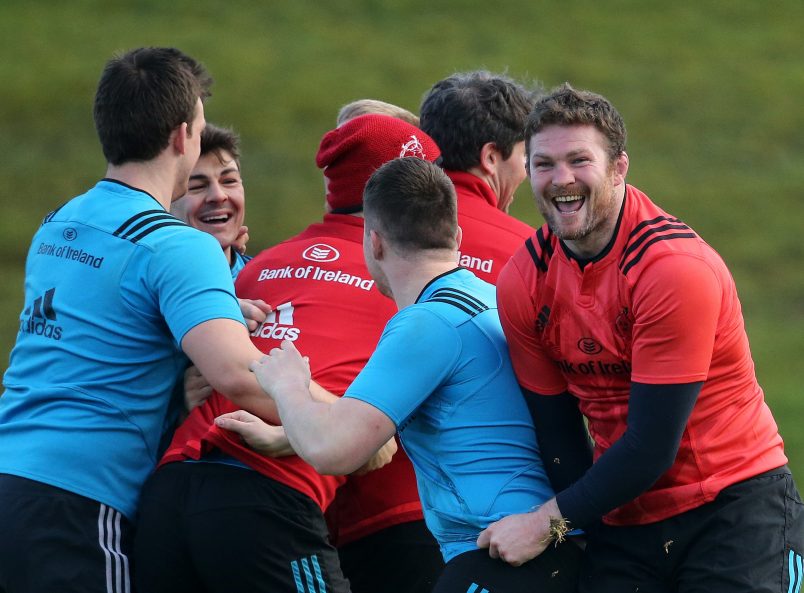 For Munster's 150th European Cup game the Ryan duo of John and Donnacha are introduced in the pack with John named at tight-head after it was confirmed earlier today the prop will remain with the province until at least June 2019.

Munster’s seven representatives that were included in Ireland’s 6 Nations squad earlier this week are all named with the welcome return of James Cronin in the match-day 23 after rehabbing an ankle ligament injury sustained against Leinster in December.

The other change to the front five sees Mark Chisholm makes way for Donnacha Ryan this week with the Ireland international joining fellow Tipperary-lock Dave Foley in the second row.

With no changes in the back-line Conor Murray and Ian Keatley link up once again in the half-backs with the Rory Scannell and Francis Saili pairing in midfield and a back three of Ronan O’Mahony, Keith Earls and Simon Zebo.

The game will be broadcast on Sky Italia & BT Sport.

Munster Finish With A Flourish 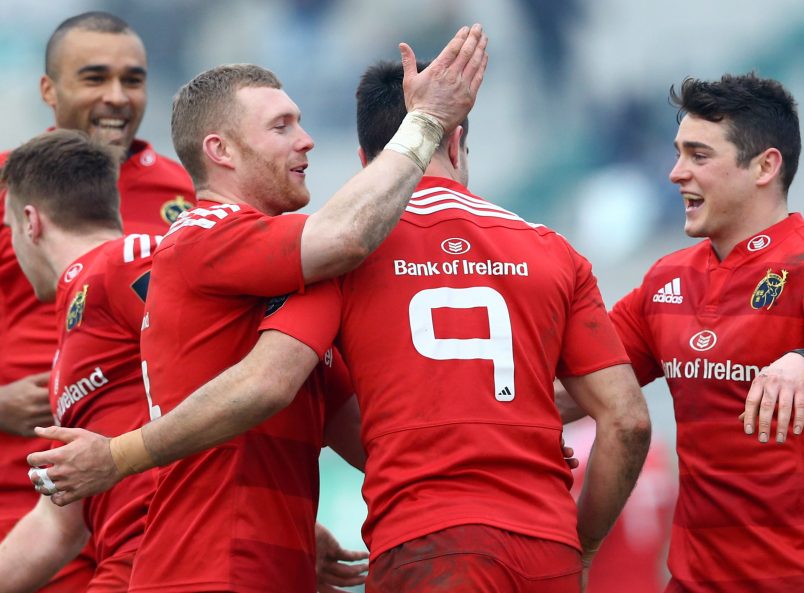 Munster finished their European Champions Cup campaign with a flourish thanks to a four-try bonus point win over Benetton Treviso in Italy.

It was a memorable occasion for man-of-the-match Ronan O'Mahony as the winger scored his first European tries with Dave Kilcoyne and Conor Murray also touching down.

Ian Keatley kicked four from four in a convincing win as Munster recorded their third win over the Italian outfit this season.

With a sizeable travelling contingent in the stands, Munster made the perfect start with their first try after just five minutes.

The forwards made little headway in the maul so Conor Murray decided to feed Ronan O'Mahony who burst through for his first European try. Keatley's conversion made it 7-0 and Munster were nearly in again shortly afterwards after a speedy breakaway led by Keith Earls but Tommy O'Donnell's pass to Simon Zebo went forward and the chance went abegging.

Treviso then missed a penalty after Billy Holland was pinged at the breakdown as Jayden Hayward's effort drifted just wide.

The quick-thinking Francis Saili caught Treviso unawares with the restart and raced as far as the halfway line before releasing to Earls. The ball was eventually worked left and the visitors were nearly in again but O'Mahony's pass inside to Murray was forward.

Munster weren't to be denied in the 16th-minute, however, as Kilcoyne scored the second try from close-range.

The touchdown came from a slick lineout move as Dave Foley took Sherry's throw with Keatley darting through a gap in the Treviso backline. Zebo was held up just short but play was brought back for a high tackle on Tommy O'Donnell and Kilcoyne just about reached the line after another quick-tap with Keatley converting.

Treviso fought back strongly towards the end of the half and were rewarded with their first score on 37 minutes. Munster were down to 14 at the time after Holland was sin-binned for his part in halting a Treviso maul and the hosts' forwards took full advantage to drive over in the right corner after another maul with Marco Lazzaroni touching down.

Captain CJ Stander saw his try ruled out by the TMO for a knock on early in the second half after more superb Munster work off a lineout.

Once again though, Munster made the pressure pay shortly afterwards as Murray ghosted through a gap in the hosts' defence after Ryan took another accurate Sherry lineout with Keatley converting to make it 21-5, much to the delight of the travelling Munster support.

The hosts were determined to get back into the game and had a lengthy spell in Munster territory but were repelled by outstanding defence from Anthony Foley's men.

The win was wrapped up on 66 minutes as substitute James Cronin made a mini break in midfield before Niall Scannell passed to fellow replacement Jack O'Donoghue who picked a superb line to slice through the defence and float a great ball out to O'Mahony for the bonus point try in the left corner.

Keatley's conversion made it 28-5 and that's how it stayed with the players quick to salute the outstanding support at the full-time whistle. 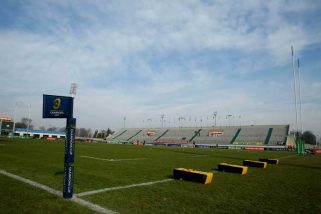 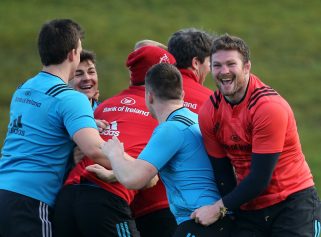