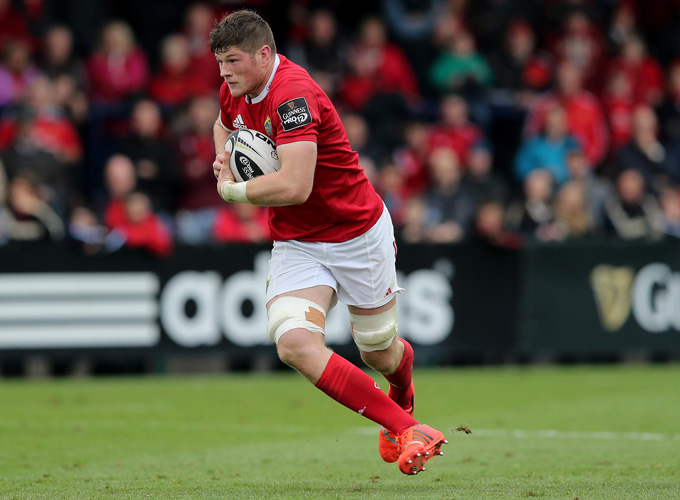 Head Coach Anthony Foley makes five changes to the starting XV that defeated Edinburgh last weekend in naming his side to face Treviso in Round 1 of the Champions Cup at Thomond Park tomorrow – KO 5.15pm. CJ Stander will also lead Munster for the first time at European level.

Mike Sherry and BJ Botha return to join Dave Kilcoyne in the front row with Sherry making a welcome return to European action for the first time in over two years.

Mark Chisholm comes in to start alongside Donnacha Ryan in the second row for the first time and in doing so will make his first Champions Cup appearance having previously represented Bayonne in the Challenge Cup.

Last season’s Academy Player of the Year Jack O’Donoghue will win his first European cap from the start when he lines out at 7 in a youthful back-row that also sees Dave O’Callaghan and captain CJ Stander remain in situ.

Conor Murray and Ian Keatley continue in the half-backs with Simon Zebo and Keith Earls – who completed his return to play protocols – reverting to the wings for this weekend’s encounter.

Following his arrival last week Argentinean international Lucas Gonzalez Amorosino could make his first appearance for the province after being named amongst the replacements, while academy playmaker and Dolphin RFC clubman Rory Scannell will win his first European cap if sprung from the bench.

In other news Munster Rugby are pleased to confirm that BJ Botha’s contract has been extended further, and the South-African tighthead prop will remain with the province until June 2016

Match Packs
Tickets for this game can also be purchased as part of Build-Your-Own Match Packs where you can save 10% on Champions Cup and Guinness PRO12 tickets. Click here to start building yours. 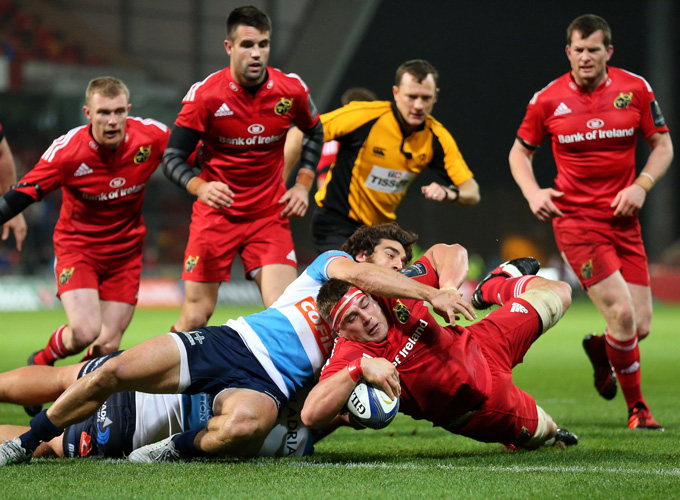 Munster this evening recorded a bonus point victory over Treviso in Round 1 of the European Champions Cup at Thomond Park. Wind and rain were conducive to scrappy passages of play throughout with Munster letting it late in securing the all-important fourth try in the dying minutes of the game.

Ahead of kick-off a minutes silence was observed for those who lost their lives in the attacks on Paris last night with both teams also wearing black armbands as a mark of respect.

Once proceedings were underway, Munster and Treviso alike fell foul of the poor playing conditions with knock-ons and slippery conditions underfoot the order of the day for much of the game.

The rain however failed to dampen the spirits of the Munster faithful in attendance who were vocal throughout and their support was rewarded with Munster’s opening try after 4 minutes. From a scrum penalty, the hosts went down the line and a Conor Murray snipe off the line-out maul brought Munster within yards of the try line before BJ Botha touched down after some good recycling at close range.

Such were the unfavourable kicking conditions, Murray was also required to steady the ball for Ian Keatley who slotted the extras to give Munster 7-0 lead.

In the ascendancy at this stage, the home pack continued to make good yardage with each collision – Mike Sherry in particular impressing – and BJ Botha was unlucky in knocking-on while attempting to ground the ball for his second try.

The next two penalties came at the expense of Treviso with Munster opting to kick for touch each time as conditions for placekicking continued to deteriorate. Foley’s charges again looked to maul over the line on each occasion but the Treviso defence held firm.

Fortunes would soon change for the Italians and Abraham Jurgens Steyn’s charge down on Keatley’s attempted clearance just inside the Munster 22 saw the Treviso number 8 successfully chase and touch down for his side's only try of the game. With Jayden Hayward converting the sides were all square after 13 minutes.

Not well accustomed to the Irish weather, the knock-ons continued for Treviso and with Munster’s set-piece performing well, a scrum penalty in front of the post allowed Keatley put the men in red back in front just minutes later.

Further penalties came the way of Munster as the visitors struggled to cope with the opposition maul. However poor handling would rue a number of chances for Foley’s men and they headed for the interval with just a three point advantage.

As they had in the opening 40, Munster began the second half with purpose and a beautifully weighted Keatley kick brought them within five metres of the Treviso line from where they mounted a predominantly pack-driven onslaught for the subsequent ten minutes.

Opting for touch when a penalty came their way, a sensible decision as winds failed to abate, try as they might, Munster lacked the required clinical precision when in scoring positions. They did however do enough to force a penalty in front of the posts allowing Keatley – again with the assistance of Murray – to give Munster that little bit of breathing space on 48 minutes.

Less than ten minutes later fans could breathe a proper sigh of relief when captain and man of the match CJ Stander competed a series of pick-and-go’s in touching down for Munster’s second try on 55 minutes. Keatley was unlucky not to make it a full seven point return – the strong wind snatching at what was a clean and accurate strike.

Treviso’s first venture into opposition territory in the second half was soon halted when Munster again disrupted the visitor’s line out and with two consecutive Treviso infringements – at set piece and at the breakdown – Munster were back in possession and firmly in search of try number three.

As the penalty count continued to mount against Treviso, who must have bordered on yellow card territory, Munster eventually made their relentless pressure count and from a five metre line out Duncan Casey both fed and touched down off the line out maul for Munster’s third on 69 minutes.

Keatley’s conversion extended Munster’s advantage to 25-7 as they went in search of the bonus point.

Despite a number of handling errors, Foley’s men were full value for their bonus point win, maintaining the majority of possession and territory and forcing Treviso to cough up the lion’s share of penalties.

It was just rewards when Simon Zebo crossed for Munster’s fourth in the closing minutes of the game, the winger striking from close range after numerous phases within yards of the line.

Keatley was again on the money with the conversion and that was to be the final score of the game, Munster winning 32-7.

The game saw Muster finish with 14 men after Mike Sherry jarred his knee in the opening half with his replacement Duncan Casey leaving the field late in the second 40 with a pectoral muscle injury. Both will be assessed in the coming days by Munster medical staff.

Champions Cup Round 1 round-up: The game saw Mike Sherry play his first European game in over 2 years while Mark Chisholm made his first Champions Cup appearance having previously played for Bayonne in the Challenge Cup. Francis Saili and academy player Rory Scannell both made their European debuts with Argentinian international Lucas Gonzalez Amorosino making his first Munster appearance after featuring as a second half replacement.

CJ Stander is Munster’s top try scorer of the current season, the Munster captain crossing for his fourth this evening. 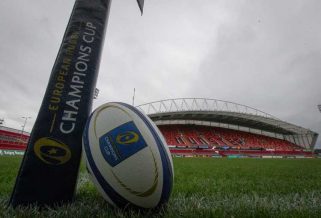 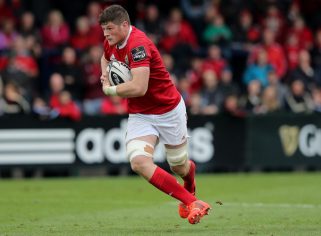