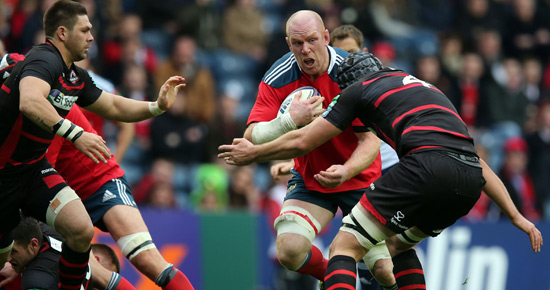 Head Coach Rob Penney described today’s opening round Heineken Cup defeat to Edinburgh as a dreadful start, and more than the defeat itself the performance displayed was not good enough at any level.

After two converted tries in the opening forty, taken by Casey Laulala and Mike Sherry, Munster trailed by two points at half-time in Murrayfield and despite going ahead in the second half they were fortunate in the end to come away with the losing bonus point.

The boot of Edinburgh Captain and man of the match Greig Laidlaw accounted for 19 points of the home-side’s tally, and thankfully his final strike bounced off the cross-bar to leave Munster in losing bonus point territory.

Edinburgh opened the stronger capitalising on Munster’s mistakes and used their numbers advantage when they moved the ball at pace to release centre Matt Scott over the line for the first try after 5 minutes.

Laidlaw kicked a penalty five minutes later before Munster responded with a Keatley strike after Edinburgh’s Gilchrist was deemed offside inside the 22. The Munster scrum set-up the initial attacking platform from which Murray shifted the ball to Keith Earls, who ran a great attacking line, breaking through the middle of the Edinburgh defence.

The scores were level after twenty minutes with Donnacha Ryan applying the pressure as he blocked Laidlaw’s clearing kick and the Munster pack were quick to respond allowing Casey Laulala the chance to cross the line.

The home-side reclaimed the lead after a second Laidlaw penalty but Munster responded with a Mike Sherry try after 24 minutes thanks to a quick tap and go from Murray released the forwards into the attacking position.

Further indiscipline allowed Laidlaw to finish the half with two more kickable penalty opportunities and Munster trailed by two, 19-17.

Ian Keatley’s re-start was indicative of the day’s error-strewn performance when the ball was kicked straight out on the full. Following on from that the mistakes continued with turnovers at the lineout proving costly.

Munster were fortunate to advance with two Keatley penalties, one of which resulted from a dominant scrum, and Munster led by four points after 64 minutes.

But it was Edinburgh who closed the game out with a converted Tim Visser try and a final Laidlaw penalty after 75 minutes to give the Scottish side a 29-23 victory.

Simon Zebo was replaced after 72 minutues after picking up an injury to his left ankle. 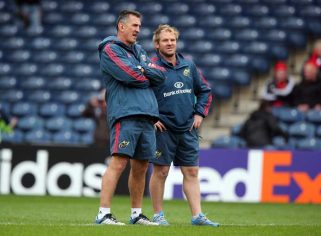