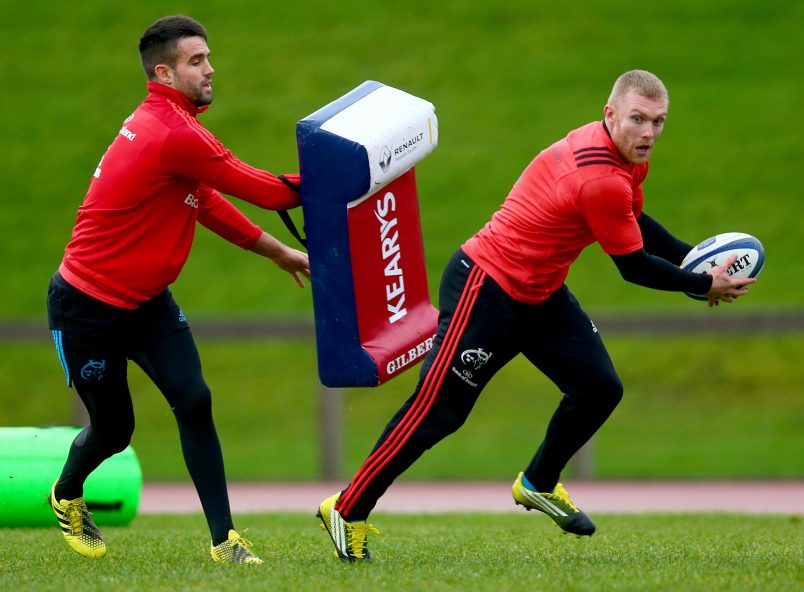 All three changes are in the pack with Mike Sherry and John Ryan joining James Cronin in the front row while Mark Chisholm starts in the second row with Donnacha Ryan.

An unchanged backline sees Conor Murray and Ian Keatley in the half-backs, with Denis Hurley and Francis Saili in midfield and completing the back three are Simon Zebo, Keith Earls and Andrew Conway.

With BJ Botha continuing to follow return to play protocols for a concussion sustained last weekend Uruguayan international Mario Sagario is named in the replacements in his first Champions Cup match-day squad. 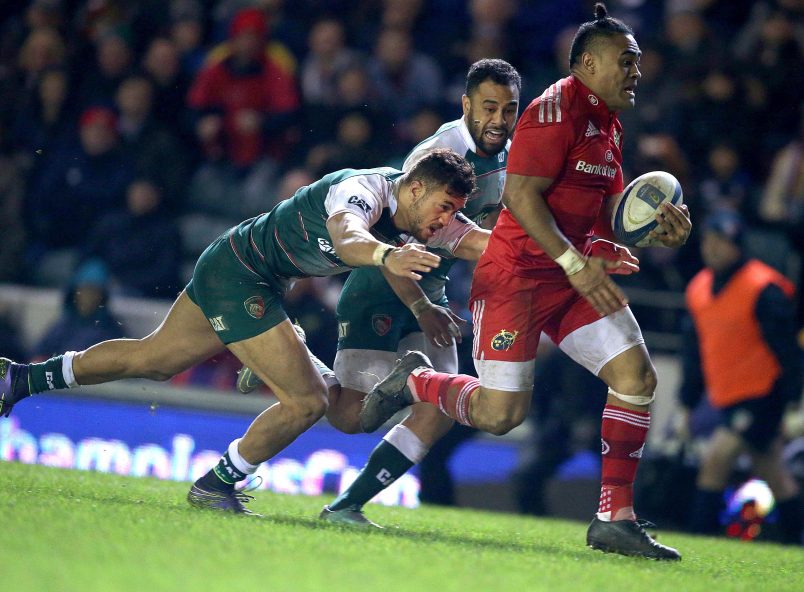 Munster suffered a second defeat to Leicester Tigers today and once again failed to pick up a losing bonus point in the Champions Cup after the English side recorded a 17-6 victory in Welford Road.

Despite a bright start and positive opening quarter Anthony Foley’s men trailed by four points at half-time after a converted Ed Slater try edged it for the home-side.

Munster opened the scoring through Ian Keatley when Leicester were penalised for holding on after six minutes, however the out-half was unable to follow up with his next attempt when kicking into the swirling wind from 42 metres out.

An impressive defensive effort was needed when Leicester kicked deep into Munster territory and while holding them out there was welcome relief when securing a scrum penalty to kick clear.

After twenty minutes of superior Munster possession Leicester did get ball in hand and were quick to show their intent with Telusa Veainu breaking the line. In stopping the attacking threat Ian Keatley was penalised for a high tackle and Tigers opted to kick for the corner.

Similar to last week Leicester used the lineout maul to good effect and while camped on the Munster line Captain Ed Slater picked and drove over from close range to score the opening try. Freddie Burns kicked the extras.

Munster secured a further penalty on the half hour mark, this time for offside, and in opting to kick for the corner, unlike our opposition we were unable to capitalise after we were pinged for holding on.

It was Tigers who extended their lead further with a Burns’ penalty kick after 36 minutes but the good work was negated on the stroke of half-time after replacement lock Dom Barrow earned a yellow card for offside play and Keatley made no mistake in clawing back three points.

On the resumption an early attacking wave saw Munster advance deep in to Tigers territory and with Conor Murray firing the ball out wide to James Cronin the prop was in line for a clear scoring chance only for the pass to be called forward.

More points were on offer minutes later after securing a scrum penalty, however Ian Keatley missed a second penalty attempt and the province failed to make the most of their one-man advantage.

Freddie Burns went on to miss his own attempt before his side slipped up following a scrum on Munster’s line.

Off the attacking scrum the pass went to ground and with Francis Saili first to react he claimed the loose ball and set off for a length of the pitch run with Keith Earls and Simon Zebo in support. With the chasing cover in pursuit Leicester fullback Telusa Veainu showed incredible speed in catching Saili.

The centre did manage to get the pass away to Zebo before Adam Thompstone pulled off another try-saving tackle just short of the line. Disappointingly poor ball control at the breakdown led to Tigers securing the turnover and nothing came of the break.

In soaking up the pressure the hosts worked their way back upfield and with Ben Youngs taking a quick tap and go the home-side ended up scoring after winger Vereniki Goneva finished the attacking phase with fifteen minutes remaining. Burns kicked the conversion to extend the gap further and seal the 17-6 victory. 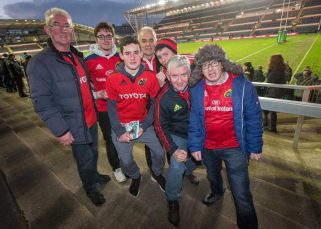 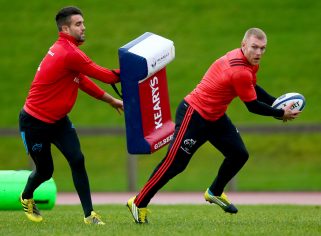