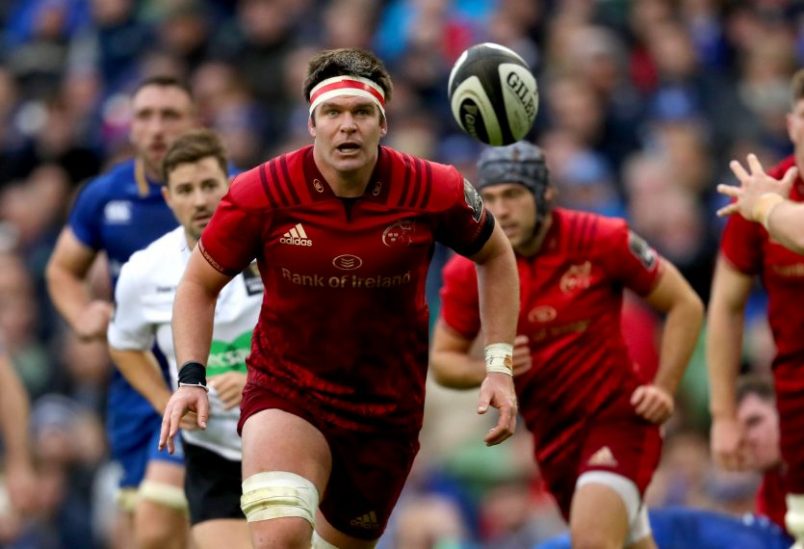 The Munster team has been named for Sunday afternoon’s Guinness PRO14 clash in Zebre with two changes to the side that defeated Dragons 49-6 at Irish Independent Park last time out (1.30pm Irish time, live on Sky Sports).

James Hart makes his first start for Munster at scrum-half in place of the injured Duncan Williams following his summer move from Racing 92.

After scoring his first two tries for Munster off the bench against Dragons, Sam Arnold is promoted to the starting XV in place of Chris Farrell, who starts for Ireland against Argentina tomorrow.

Darren Sweetnam returns from international duty to take his place on the wing after making his Ireland debut against South Africa and scoring his first international try against Fiji.

Simon Zebo maintains his place at full-back with Alex Wootton on the left wing and Rory Scannell at inside centre as JJ Hanrahan, who was 100% off the tee with seven from seven last time out, partners Hart in the half-backs.

There are no changes to the forwards as Billy Holland captains the side having started every single game of Munster’s campaign thus far.

Rhys Marshall is named at hooker with Greencore Munster Rugby Academy player Liam O’Connor and tighthead Stephen Archer on either side of the front row.

Jean Kleyn partners Holland in the engine room and Jack O’Donoghue, Chris Cloete and Robin Copeland form the back row.

Academy scrum-half Jack Stafford is in line to make his Munster debut off the bench with fellow Academy man Calvin Nash and out-half Bill Johnston also among the replacements.

New Head Coach Johann van Graan joined the province this week with his first interview since joining Munster below.

Bonus-Point Win For Munster In Zebre 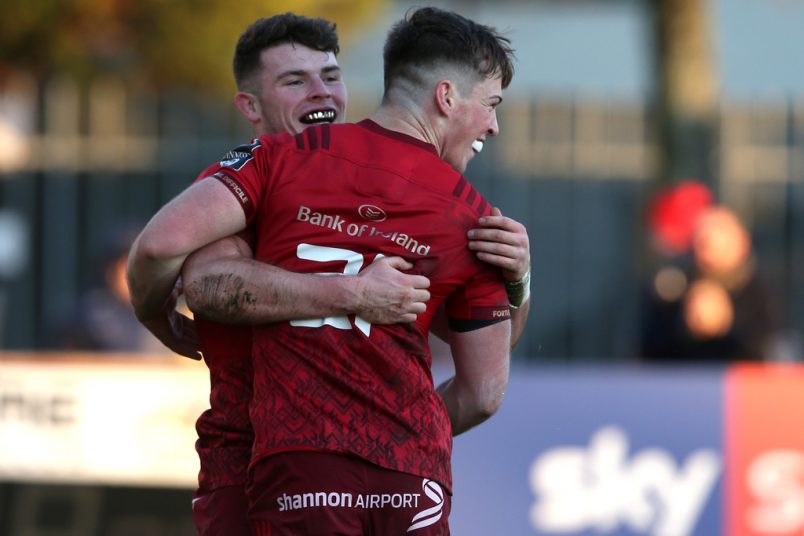 Munster secured a second consecutive bonus-point win in the Guinness PRO14 with a five-try victory over Zebre in Parma on Sunday afternoon as James Hart and Greencore Academy player Calvin Nash touched down their first tries for the province.

Munster led 17-0 after half an hour but two Zebre tries as the break approached after poor Munster discipline saw the province reduced to 13 brought the Italians back into the match.

However, the visitors wrapped up the bonus-point win within 20 minutes of the restart as Wootton crossed twice before Nash touched down in the last play.

An early Rhys Marshall intercept almost led to a first Munster try on four minutes as Man of the Match Chris Cloete touched down but Marshall was in touch before he got the pass away.

A dominant Munster scrum, led by a front row of Marshall, Liam O’Connor and Stephen Archer, then won a penalty for Munster and Hanrahan made no mistake to make it 3-0 after 10 minutes.

The out-half was unable to add to his tally after another Zebre indiscretion but a steal in the lineout from captain Billy Holland kept Munster firmly in control.

The visiting pack did the groundwork for the first try after a solid five-metre scrum and when Robin Copeland and Jean Kleyn were both stopped short of the line, it was the turn of the backs to have a go and Scannell sliced through a gap to score.

Hanrahan made no mistake with the conversion and Munster led 10-0 after 18 minutes.

James Hart scored his first Munster try on his first start after 25 minutes following a botched Zebre lineout that was snaffled by blood replacement Brian Scott and Hanrahan’s second conversion made it 17-0.

While Munster controlled the opening half-hour, Zebre ended the half strongly and got off the mark in the 35th minute as Giulio Bisegni burst through from close range.

By then, Munster were down to 14 after Copeland was shown a yellow card on the half-hour for taking out the scrum-half.

A second yellow card for Sam Arnold saw Munster reduced to 13 before the interval and Zebre took advantage expertly as captain Jacopo Sarto dived over in the left corner.

Guglielmo Palazzani landed his second conversion and the hosts moved to within three, 17-14 at the break.

13-man Munster made an excellent start to the second half with Cloete winning a vital turnover and Simon Zebo’s pinpoint kick found touch just short of the Zebre line.

Copeland soon returned and the visitors nearly crossed in the left corner but the Zebre defence stood firm.

Wootton was in for Munster’s third try on 52 minutes after a sustained period of pressure as the winger showed his pace to touch down in the right corner to make it 22-14.

The bonus point was secured on 56 minutes as the back three did superbly to manufacture the score.

First, Darren Sweetnam caught a Zebre garryowen and managed to get an offload away with Simon Zebo then floating a superb, inch-perfect pass into the path of Wootton and the winger did the rest for his second try.

Hantahan’s conversion made it 29-14 and although Venditti scored for Zebre after a crossfield kick, Munster finished in the ascendancy.

Greencore Munster Rugby Academy scrum-half Jack Stafford came on to make his debut late on and set up a first Munster try for fellow replacement and Academy player Calvin Nash.

Nash picked a superb line to cross and Hanrahan added the extras for a 39-16 victory.

Chris Cloete was awarded Man of the Match in his second start for Munster. 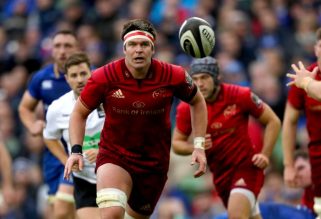