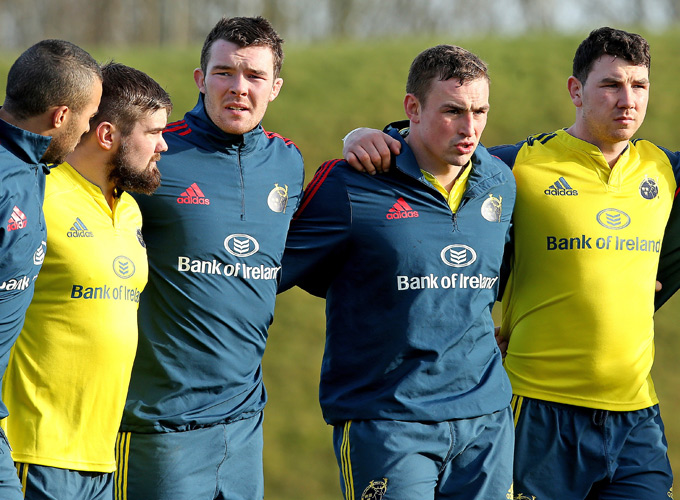 Rob Penney has named his Munster side to face Edinburgh on Sunday in round 6 of the Heineken Cup, with only one change to the starting XV that defeated Gloucester 20-7 at Kingsholm.

This week there is a switch at tight-head prop with Stephen Archer starting next to Damien Varley and Dave Kilcoyne in the front row with BJ Botha moving to the replacements.

Paddy Butler, named on the bench, is also included in a Heineken Cup squad for the first time since injuring his thumb against the same opposition in October. Butler most recently made his return to action starting against Connacht in the league and last week played the full 80 for the Munster A’s at St. Mary’s RFC.

The remaining north terrace tickets (adult €;30, junior €;10) are on sale for this game and are available to buy online here and from the ticket offices in Musgrave Park and Thomond Park. 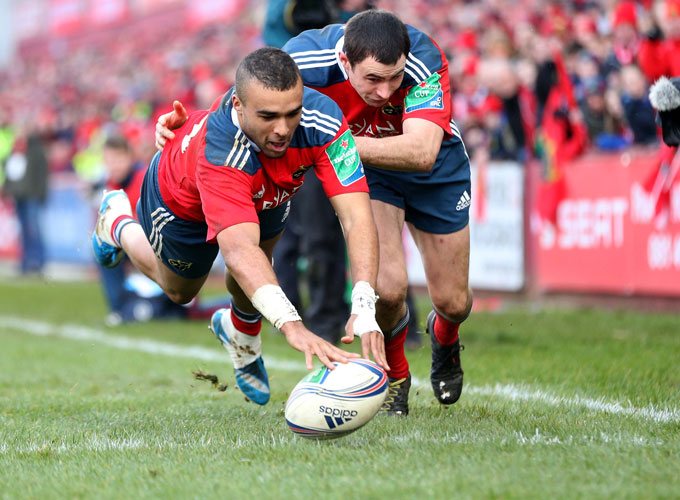 The Fields of Athenry rang around Thomond Park at full-time as Munster earned a home quarter-final in the Heineken Cup after a comprehensive 38-6 bonus-point win against Edinburgh.

Rob Penney’s side made it five wins out of six in the pool to qualify as one of the top four in the competition, a feat that looked very unlikely after the opening day defeat at Murrayfield to Edinburgh.

Two tries in the first 22 minutes from man-of-the-match James Coughlan and the excellent Johne Murphy put Munster in the driving seat. And, although Edinburgh came back into the game, the bonus-point was secured just short of the hour when captain Peter O’Mahony barged over after Conor Murray had scored the third just after half-time.

Edinburgh started well and captain Greig Laidlaw atoned for an earlier miss by kicking his side into a seventh minute lead after an infringement at the scrum to make it 3-0.

Munster replied immediately with Paul O’Connell catching Keatley’s perfect drop out and making inroads into the Edinburgh half, Murray then moved the ball infield with Damien Varley making further progress.

The ball then found Coughlan on the left touchline and the back-row forward cut back inside the defence to touch down, Keatley struck the post with the difficult conversion but Munster went into a lead they wouldn’t relinquish.

An extended period of pressure on the Edinburgh line brought try number two in the 22nd minute as Munster forced a number of scrums under the shadow of the posts.

When Murray was finally able to get the ball out, he passed inside to Murphy who scurried through a gap and under the posts with Keatley adding the easy conversion to make it 12-3.

Keith Earls was replaced by Zebo after 24 minutes after shipping a heavy knock and Edinburgh narrowed the gap four minutes later as Laidlaw kicked another penalty from a similar spot to make it 12-6.

That penalty encouraged the away side and they spent a number of minutes camped inside the Munster ’22 after the half hour but superb Munster defence kept Edinburgh at bay.

Cornell Du Preez was sent to the sin-bin at the very end of the half for foul play in the ruck and Munster took full advantage of the extra man early in the second half with their third try in the 44th minute.

Tommy O’Donnell played a central role as he made a brilliant break into the Edinburgh ’22, the ball was spread left with Jones bringing Munster up to the Edinburgh line.

Dave Kilcoyne among others tried to burrow over but it was left for Murray to touch down and Keatley landed the difficult conversion from the left to make it 19-6.

Zebo was providing the spark in midfield for Munster and the all-important fourth try arrived in the 57th minute as Casey Laulala chipped through and, with Jones haring after the ball, the Edinburgh defender swatted it out of play intentionally and referee Wayne Barnes awarded the penalty.

Keatley went for the corner and after a training ground line-out move that ended with O’Donnell making a few yards, the ball was sent left and O’Mahony blasted his way over with the TMO awarding the try after a brief delay. Keatley added the extras to make it 26-6.

Zebo scored the fifth try after 65 minutes, his first since his comeback from injury, to make it 31-6 when the Munster scrum had their Edinburgh counterparts under serious pressure in the left corner. O’Donnell nearly crossed but the ball was recycled quickly and Zebo dived over in the corner with Keatley narrowly off-target with the conversion.

Jones scored the final try in the 76th minute when he dived over in the right corner with Keatley on-target with the difficult conversion to make it 38-6.

Keith Earls will have a scan on his left knee after coming off injured and we will have an update on that in the coming days. 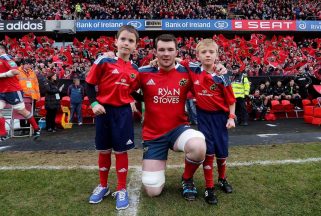 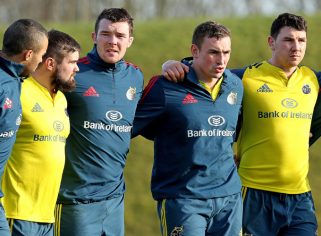