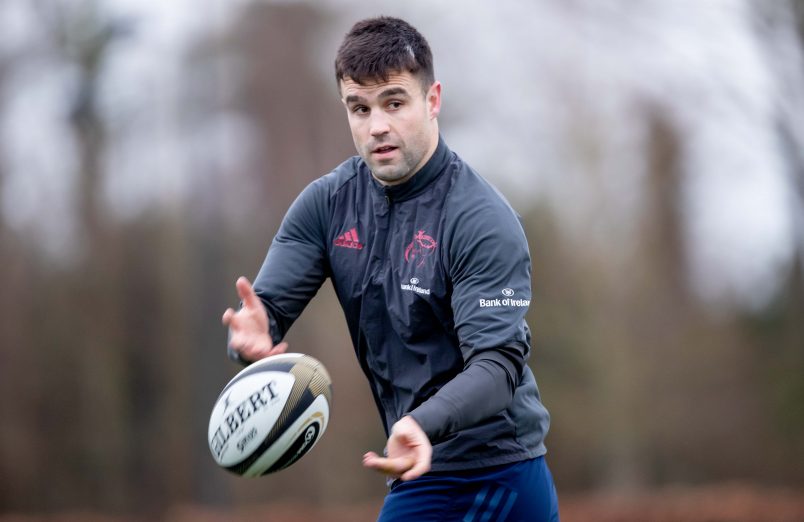 The Munster side has been named for Friday night’s Guinness PRO14 clash against Ulster at the Kingspan Stadium (7.35pm).

Peter O’Mahony returns to captain the side with Joey Carbery making his first start of the season at out-half.

Daly moves to full-back with Andrew Conway and Keith Earls coming into the side on either flank.

Scannell and Arnold continue their centre partnership with Conor Murray in the half-backs with Carbery.

There is an all-changed front row of Jeremy Loughman, Niall Scannell and Academy man Keynan Knox.

Wycherley and Darren O’Shea start in the engine room with a back-row of O’Mahony, O’Donoghue and Arno Botha, who returns from suspension.

Academy duo Diarmuid Barron and Jack O’Sullivan are named among the replacements. John Ryan and Gavin Coombes have recovered from knocks to also take their places in the squad. 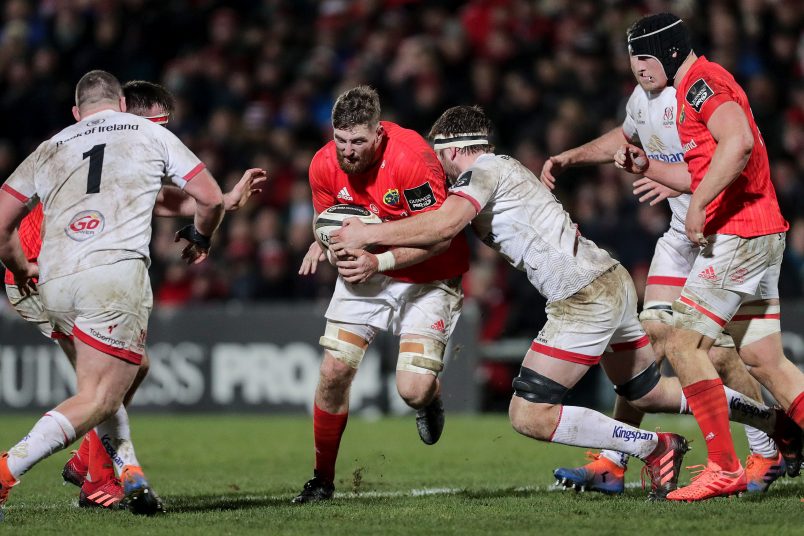 The new year didn’t get off to the best start with disappointment in the Guinness PRO14 as Munster suffered a 38-17 defeat to Ulster at the Kingspan Stadium.

Full-back Shane Daly drew first blood for the province but it was Ulster who collected all five points in the Interprovincial clash.

Munster went into the game on top of Conference B but slipped to second with Scarlets winning in Cardiff.

Head Coach Johann van Graan made ten changes but while Munster made a fine start, they trailed 17-10 at the interval on a cold night in Belfast.

Niall Scannell added a second Munster try in the second-half but it wasn’t enough to offset a dominant third quarter for the hosts which saw them score three converted tries in twenty minutes.

Joey Carbery started his first game of the season for Munster and played the 80 minutes on his comeback from an ankle injury.

As expected, the tempo of the game was upbeat from the outset and it took a good turnover from Peter O’Mahony to stop prop Jack McGrath in an early attack.

Munster hit back and worked their way upfield with their first try arriving off the back of a scrum in the tenth minute. Conor Murray and Carbery linked before Daly burst through to score.

Carbery landed the conversion and Munster were 7-0 ahead, but John Cooney was on hand to reduce the margin with a penalty.

Ulster hit the front for the first time in the 18th minute.

Stuart McCloskey and Jacob Stockdale worked the opening down the blindside, and with Cooney running the support line, the number 9 stepped inside to score before converting his own try.

Will Addison could have extended the Ulster lead but dropped the ball with the try-line beckoning. Then Ulster came with more sustained pressure before half-time.

Daly denied Robert Baloucoune from a Billy Burns cross-field kick but Ulster did score their second try through their right winger five minutes before half-time. Cooney kicked the conversion again.

However, there was still time for Munster to score last in the half when Iain Henderson infringed and Carbery hit his first penalty for a 17-10 half-time deficit.

Burns kicked a penalty into the corner and Matthew Rea claimed the lineout from Rob Herring. Ulster built the phases with McCloskey providing the assist for Rea to score.

Cooney’s fourth successful kick of the night meant Ulster took a 24-10 lead early in the second half.

Baloucoune went close to scoring the bonus point try and even though they piled on the pressure Munster got back into the game through their superb lineout defence.

Munster gained a foothold in Ulster territory but 16 phases failed to yield a score, and McCloskey came up with Ulster’s fourth try just before the hour. Cooney’s conversion made it a 31-10 lead.

Stockdale intercepted to score Ulster’s fifth try after 62 minutes and Munster had it all to do to battle back in the final quarter.

They were rewarded when Niall Scannell touched down from a driving maul after a sustained bout of pressure. Carbery made it three kicks from three with the conversion but that was as close as Munster got.

Fineen Wycherley was a first half replacement for a HIA.  Andrew Conway and Niall Scannell also sustained knocks and will need to be reviewed.

Joey Carbery made his first start of the season.

Coming away without any points, Munster drop off pole position in Conference B. 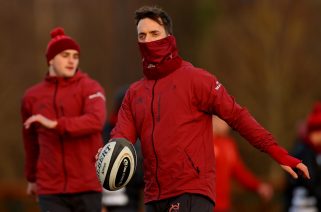 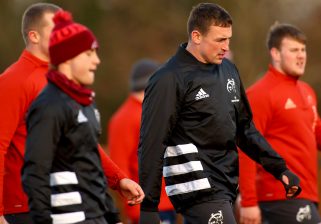 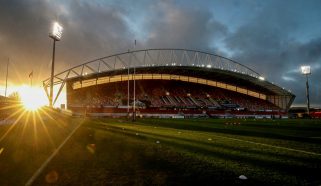 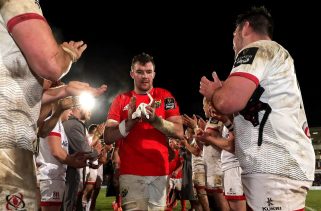 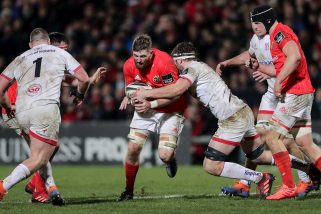 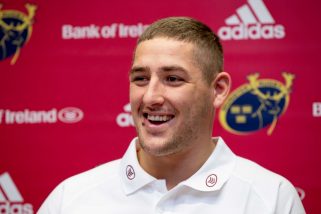 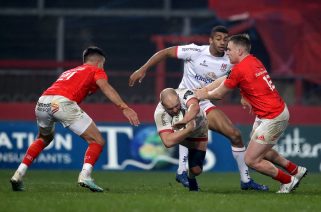 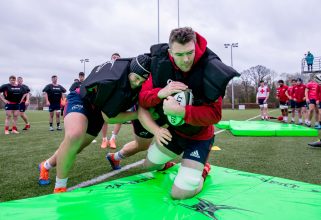 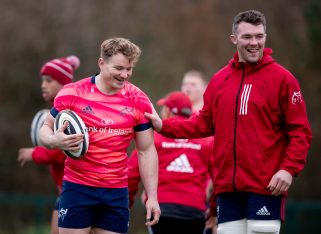 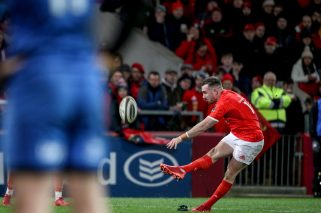 Squad Update Ahead Of Ulster