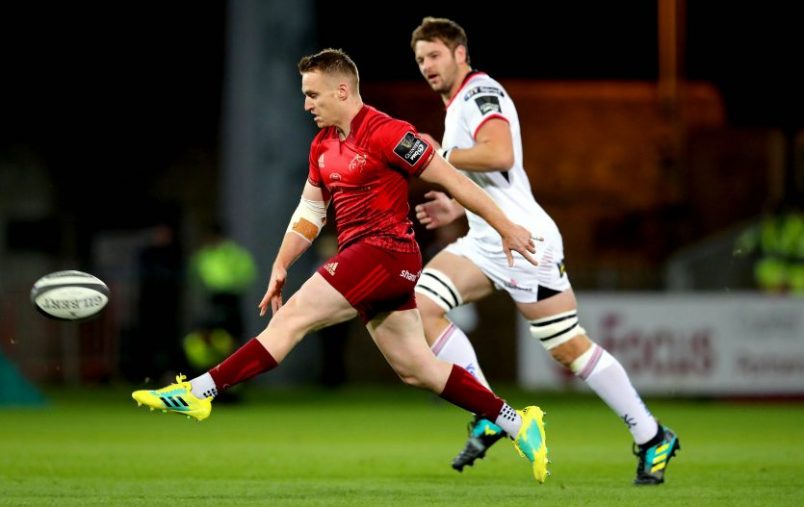 Rory Scannell will become the youngest player to reach the 100-cap landmark with Munster.

Billy Holland captains Munster with seven changes to the side that defeated Ospreys last Friday night.

Centre Rory Scannell returns to the starting XV for his 100th Munster appearance and will become the youngest ever player to reach that landmark having turned 25 in December.

It’s all change in the half-backs with Alby Mathewson and Bill Johnston coming into the side. The final addition to the backline sees Ronan O’Mahony named on the right wing.

John Ryan returns from international duty to start at tighthead prop, Jean Kleyn has recovered from illness to start in the second row and Conor Oliver is named in the back row.

Mike Haley starts at full-back with O’Mahony and Darren Sweetnam named on either flank.

Scannell is partnered by Dan Goggin in the centres with Mathewson and Johnston at scrum-half and out-half respectively.

Jeremy Loughman, Rhys Marshall and Ryan pack down in the front row with Kleyn and captain Holland in the engine room.

Fineen Wycherley, Oliver and Arno Botha start in the back row.

The province have won seven games in a row and lead Guinness PRO14 Conference A by a single point. Scarlets have lost just one PRO14 game at Parc y Scarlets since September 2016. 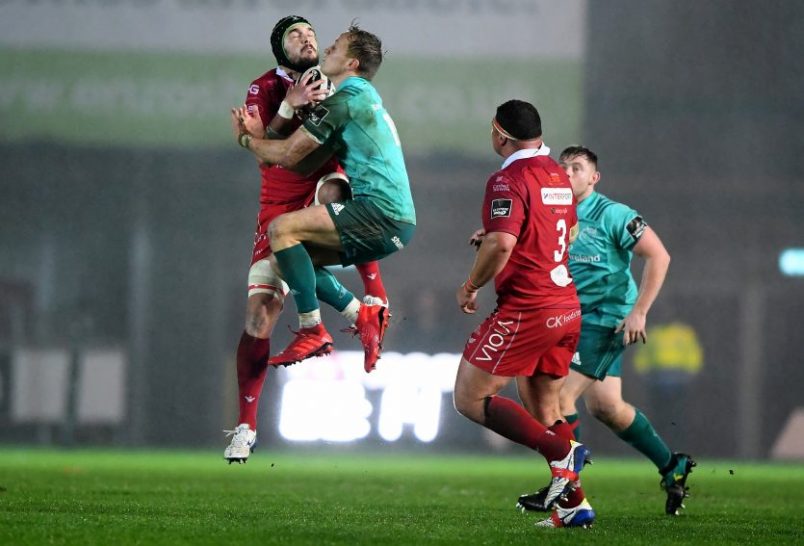 Mike Haley in the air

Munster’s first defeat in eight games, and the first loss of 2019, sees the province move off top spot of Conference A as they come away from Parc y Scarlets with a losing bonus point after a 10-6 defeat.

The province’s only points came from the boot of Bill Johnston who kicked two first half penalties.

A phase of early pressure saw Rhys Marshall catch the ball off a Scarlets overthrow at the lineout but the hooker was just stopped metres short of the line. The ball was then knocked forward in the following phases and Scarlets were awarded the scrum.

The Munster pack had their homework done on the opposition set-piece and secured the penalty in front of the posts with Bill Johnston stepping up to take the points on offer after four minutes.

Scarlets replied with the first, and only, try of the game, scored by winger Ioan Nicholas, after a strong Leigh Halfpenny run had given the Welsh side good field position. Halfpenny kicked the conversion giving Scarlets a 7-3 lead after 12 minutes.

Moving into the second quarter Munster were camped inside the Scarlets 22 building phases while keeping the ball in tight in difficult conditions but a superb defensive effort from the home side saw them clear their line and relieve the pressure.

Munster were awarded a penalty for a Scarlets offside in the final minute of the opening half and a great strike from Johnston reduced the Scarlets lead to a point.

The hosts restored the four-point lead with an early second half penalty from Halfpenny after a Munster infringement under the posts.

The pack, led by captain Billy Holland, went on to secure a scrum penalty inside the Scarlets 22 on the 59th minute and opted to go for the corner. Jean Kleyn crossed the whitewash off the rolling maul but the TMO ruled the score out and Scarlets were awarded the penalty.

Both sides continued to battle it out in awful conditions with Munster unable to close out opportunities with handling errors playing their part.

The chances were on offer but failing to execute when close to the line proved costly and a scoreless second half saw Munster come away from Parc y Scarlets with a losing bonus point.

Munster drop to second place in Conference A of the Guinness PRO14 after Glasgow took pole position with a bonus point win away to Zebre.

Next up in the Guinness PRO14 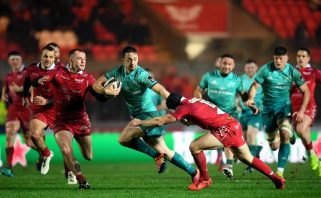 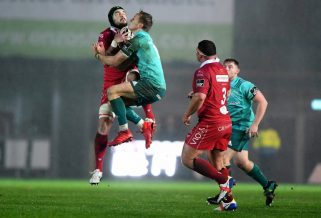 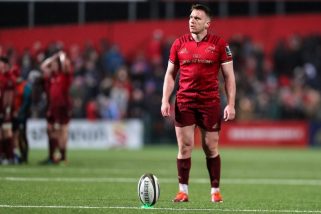 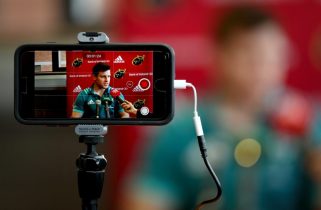 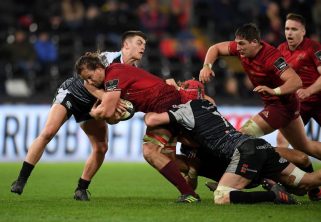 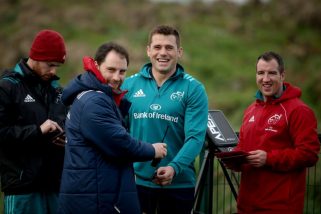 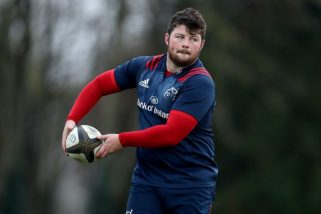