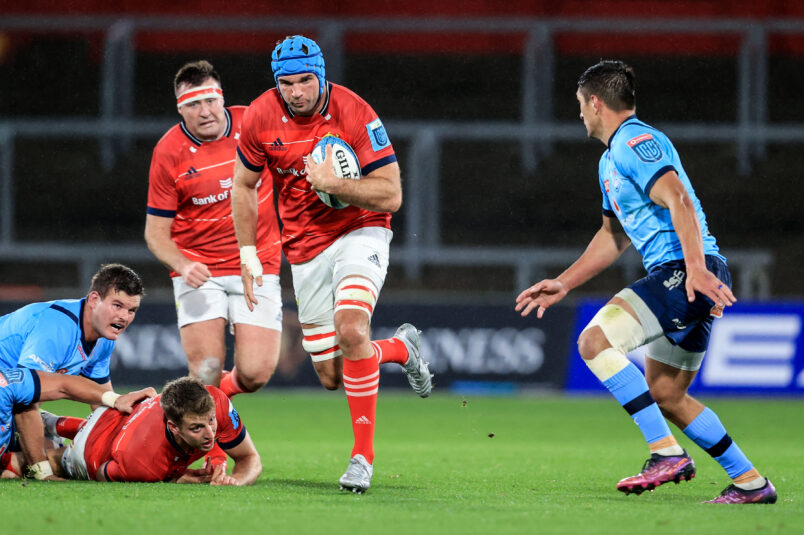 Tadhg Beirne will be assessed for a groin injury. INPHO/Dan Sheridan

The Munster squad were back in the HPC in UL on Monday with preparations well underway for Saturday’s BKT URC Interprovincial clash against Leinster at the Aviva Stadium (5.15pm).

While the province secured a bonus-point win against the Vodacom Bulls at Thomond Park last weekend, a number of players picked up knocks during the round 5 encounter.

Roman Salanoa suffered a head injury in the final play of the match and will undergo the return to play protocols.

Stephen Archer will go for a scan on an ankle injury and his availability will be determined later in the week.

Calvin Nash was removed at half-time with a thigh injury and his availability will be determined later in the week.

Edwin Edogbo (calf), Craig Casey (groin) and Tadhg Beirne (groin) will all go for scans and their availability for the weekend will also be determined later in the week.

Antoine Frisch is being managed for a calf injury suffered on the Emerging Ireland tour and will continue to rehab with the medical department.

Patrick Campbell has recovered from illness and will return to training this week.

On the club front five senior players and eight Greencore Academy players were involved in All Ireland League action over the weekend.

Liam O’Connor was in action for Cork Con on Saturday as they overcame Shannon 36-21 on the Thomond Park back pitch. Academy scrum half Ethan Coughlan and prop Kieran Ryan featured for the hosts with Coughlan scoring two tries.

Neil Cronin and the Academy’s Tony Butler and Cian Hurley started for Garryowen with Jack Oliver named in the replacements as they took on league leaders Terenure College in Dooradoyle. Butler kicked two conversions and two penalties.

Eoin O’Connor, Chris Moore and Academy centre Fionn Gibbons were in action for Young Munster as they secured a 23-10 win against UCD in Dublin.

James French was a try scorer for Highfield in the Cork side’s narrow defeat to Buccaneers at Woodleigh Park.

The Academy’s Ruadhan Quinn started at no. 8 for Old Crescent in their Men’s Division 2A clash against Blackrock College, while Academy lock Evan O’Connell lined out for UL Bohs at home to Ballymena. 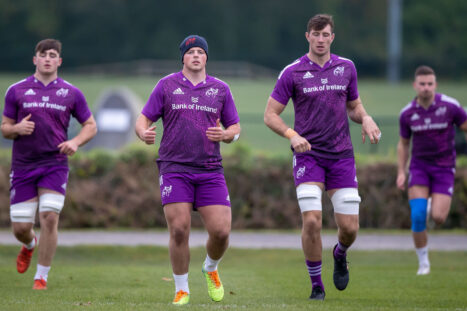 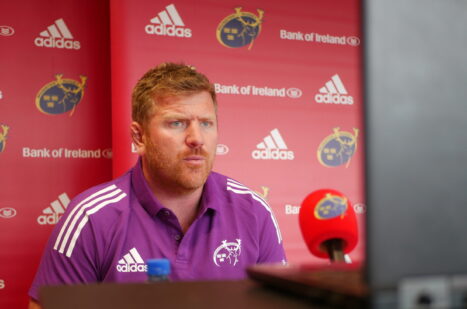 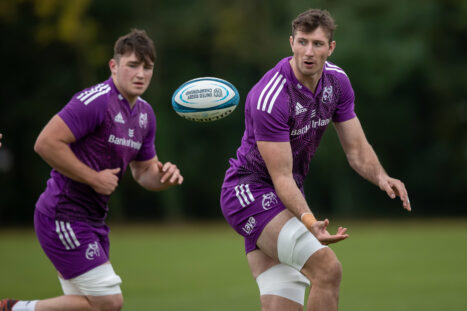 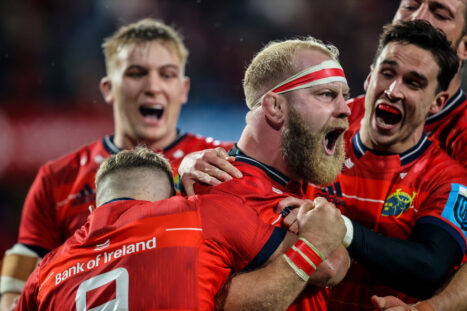