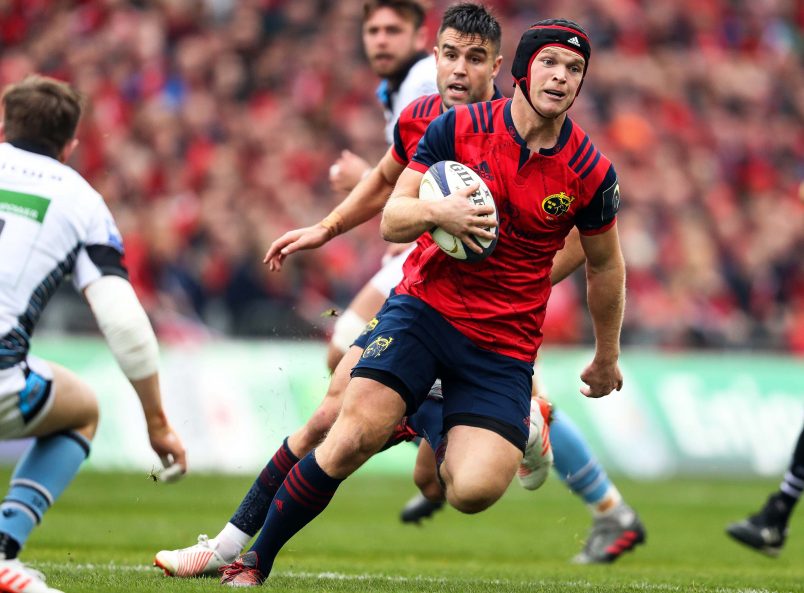 Tyler Bleyendaal on his way to scoring against Glasgow Warriors in 2016. Inpho

This week saw the Munster squad and management say their goodbyes to the players that depart the province this summer over a video call.

This week saw the Munster squad and management say their goodbyes to the players that depart the province this summer over a video call.

Unfortunately, there was no opportunity to meet as a group for the squad get-together this year and no chance for supporters to say their farewells.

All eight players made a valuable contribution to Munster Rugby and we wish them all the best.

Check out some of their highlights and read about their time at Munster below. 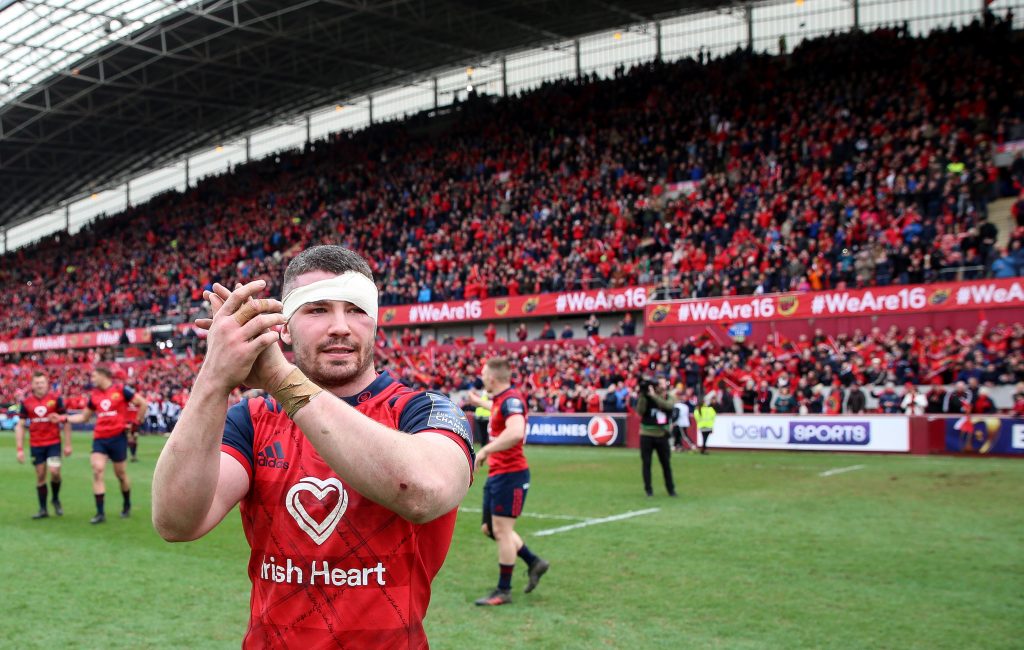 Centre Sammy Arnold scored eight tries in 44 appearances after joining from Ulster in 2016 and was a British and Irish Cup winner with Munster A in 2018.

Arnold established himself in the senior squad in November 2017 and made his Champions Cup debut for Munster against Leicester Tigers the following month.

He finished the campaign with 18 appearances and was named Munster Young Player of the Year for the campaign.

Continued to impress the following year and made his Ireland debut against the USA in November 2018 along with making a further 16 appearances for the province.

The 24-year-old featured nine times for Munster this season. 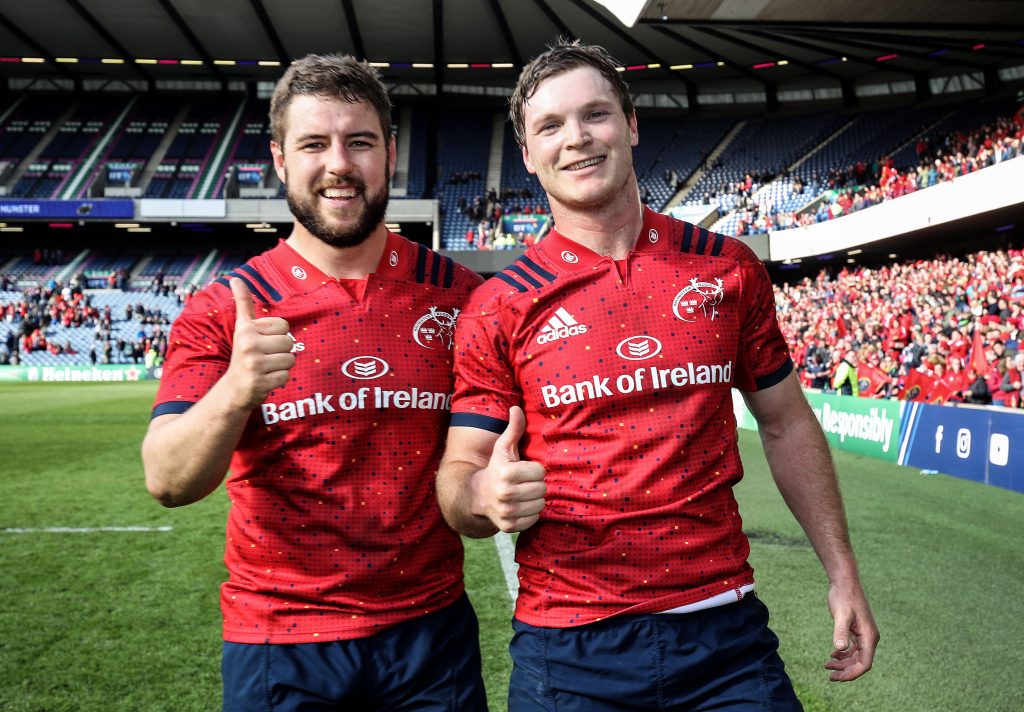 Tyler Bleyendaal made 62 appearances for the province and made his Munster debut against Benetton Rugby in September 2015.

Primarily playing out-half, he also lined out at first centre, captained the side on 11 occasions, scored five tries and kicked 352 points.

A former New Zealand U20s player, Bleyendaal joined the province from the Crusaders in late January 2015. It was during the 2016/17 season that supporters saw the full extent of Tyler’s capabilities as he started 25 of his 27 appearances, picked up four man-of-the-match awards, and was instrumental in guiding the province to the Champions Cup and PRO12 semi-finals.

Highly regarded by coaches and players alike, his standing in the squad was highlighted further when he was handed the Munster captaincy for the first time against Edinburgh in February 2017 and was deservedly named the 2016/17 Munster Rugby Player of the Year. He was also nominated for European Player of the Year off the back of hugely impressive performances. 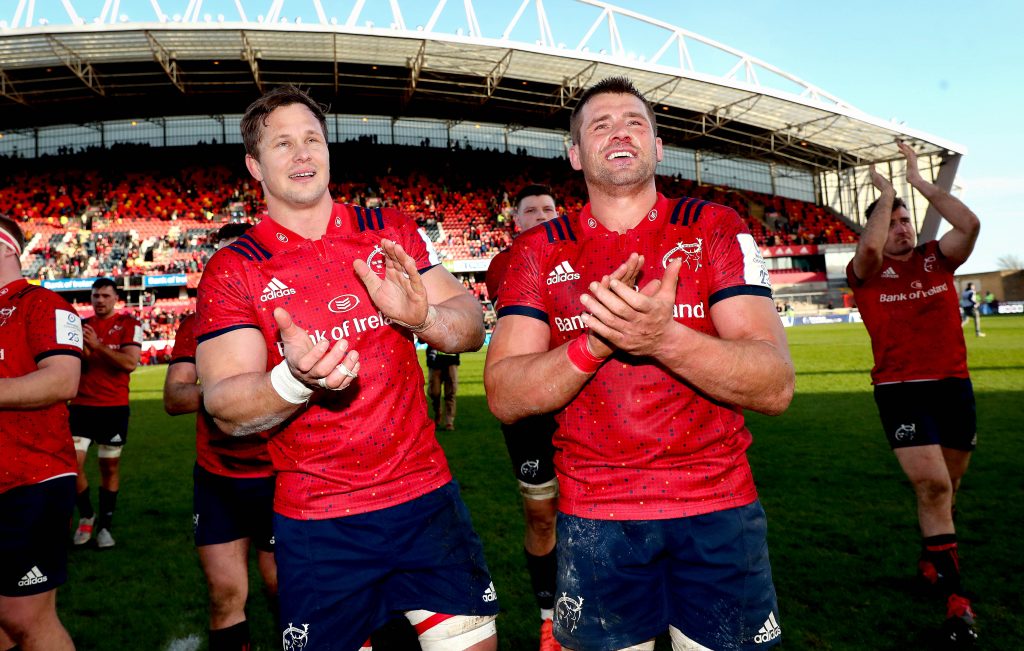 Arno Botha spent two years at the province, scoring eight tries in 43 appearances and was Munster’s top try-scorer this campaign.

Botha, an explosive ball carrier who plays flanker and number eight, played his entire professional career with the Blue Bulls before moving to London Irish in January 2018.

He joined Munster ahead of the 2018/19 season and spent two successful years here, featuring in 43 of Munster’s 50 games in that time. 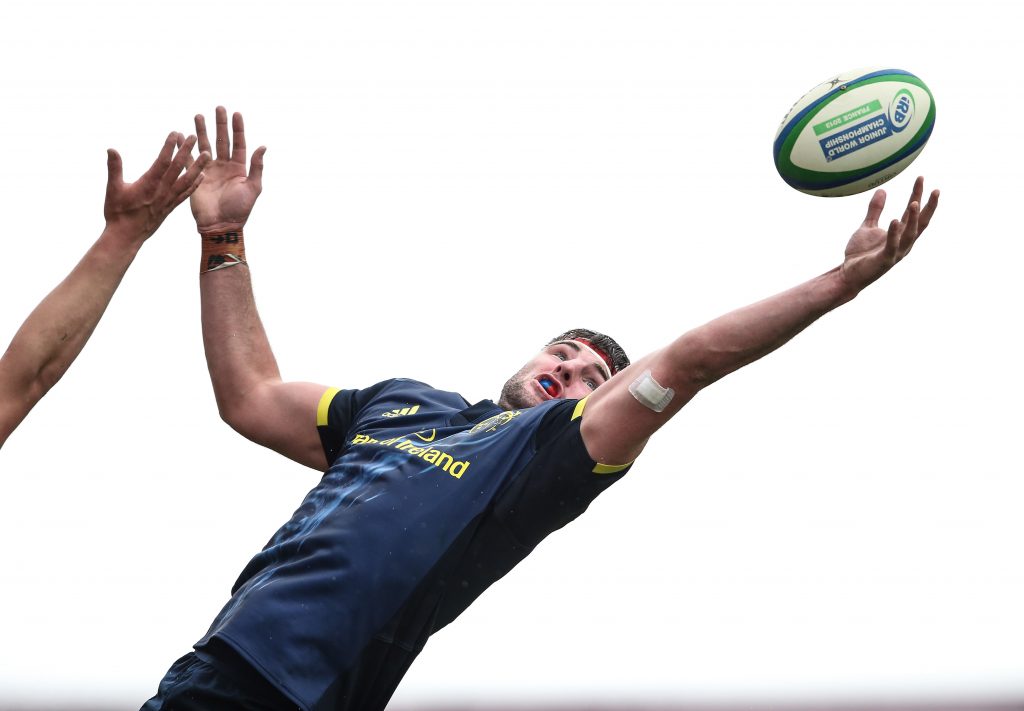 Academy graduate Seán O’Connor, who can play in the second row and back row, made nine Munster appearances since earning his debut against the Maori All Blacks in 2016.

A product of Cashel RFC and Rockwell College, the 23-year-old helped the Ireland U20s to the runners-up spot at the 2016 Junior World Championship and has lined out extensively for Garryowen in the AIL this season. 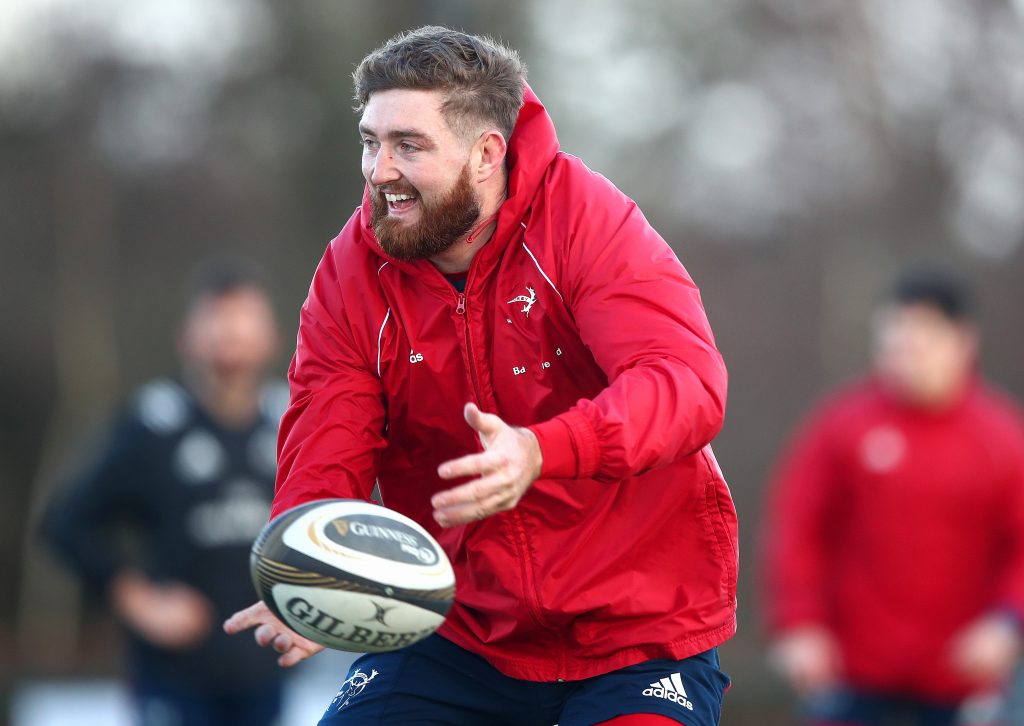 Lock Darren O’Shea scored two tries in 44 Munster appearances and made his debut against Edinburgh in September 2016.

O’Shea joined the Munster Rugby Academy in 2013 before spending the following two seasons at Worcester Warriors, helping them win promotion to the Premiership, and rejoining the province in 2016.

A product of Crosshaven RFC, the 27-year-old played a key role in Munster A’s successful British & Irish Cup campaign in 2017.

A former Ireland U19 international, O’Shea made his Champions Cup debut against Leicester Tigers at Thomond Park in December 2017. 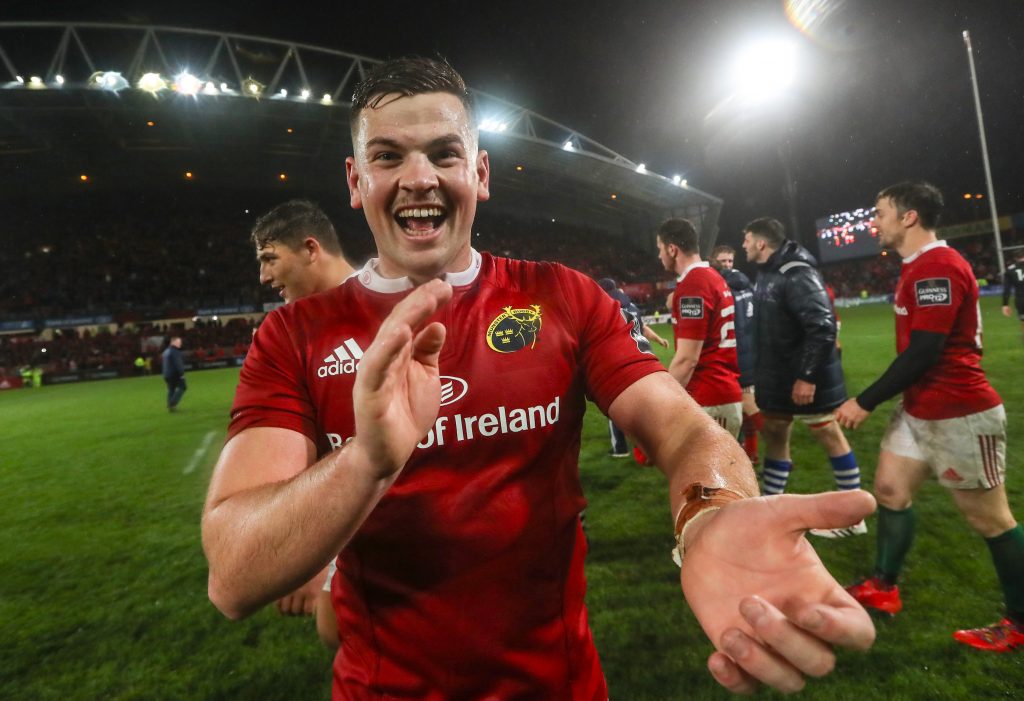 Back-row Conor Oliver scored four tries in 28 appearances since making his debut as an Academy player against Glasgow in February 2016.

2016/17 was a breakthrough season for Oliver with four tries in 15 appearances earning him the 2017 Greencore Munster Rugby Academy Player of the Year award.

He played a starring role in Munster A’s 2018 British and Irish Cup-winning campaign.

Since progressing to the senior squad in 2018, Oliver’s progress has unfortunately been hampered as injuries have limited his playing opportunities. 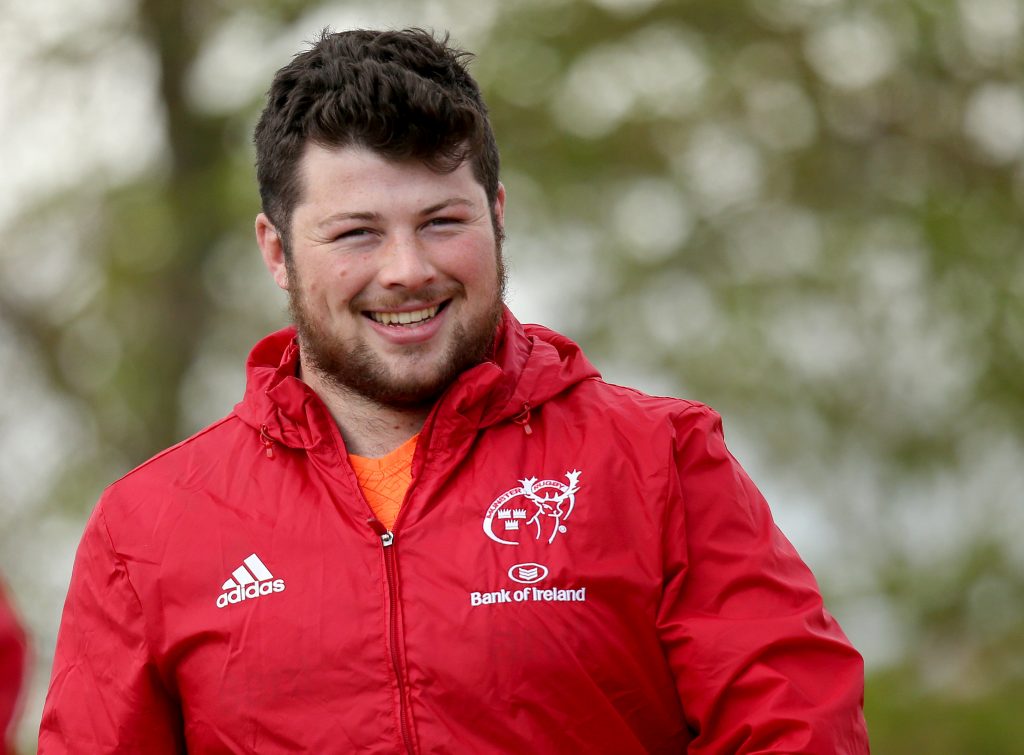 Tighthead prop Ciaran Parker made 13 appearances for Munster since joining from Sale Sharks in 2017.

A former England U20 international, Parker made his Munster debut against Benetton Treviso in September 2017.

The 24-year-old made his Champions Cup debut against Castres Olympique in December 2018 and appeared in the 2017/18 Guinness PRO14 knockout clashes against Edinburgh and Leinster. 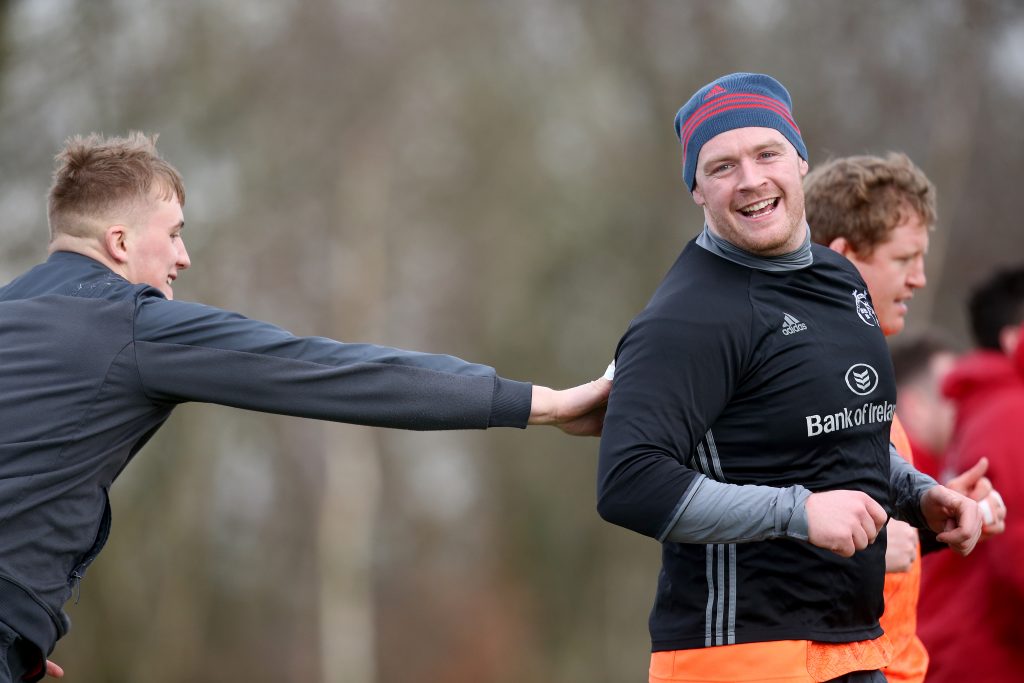 A product of PBC and Dolphin, Brian Scott joined the Greencore Munster Rugby Academy in 2013 and scored two tries in 26 appearances for the province.

A former Ireland U20 international, Scott made his senior debut against Scarlets in September 2016 and his Champions Cup debut against Glasgow at Thomond Park the following month.

In 2017, the 27-year-old started every game of Munster A’s British and Irish Cup-winning campaign, and lined out for the Barbarians against Tonga at Thomond Park.