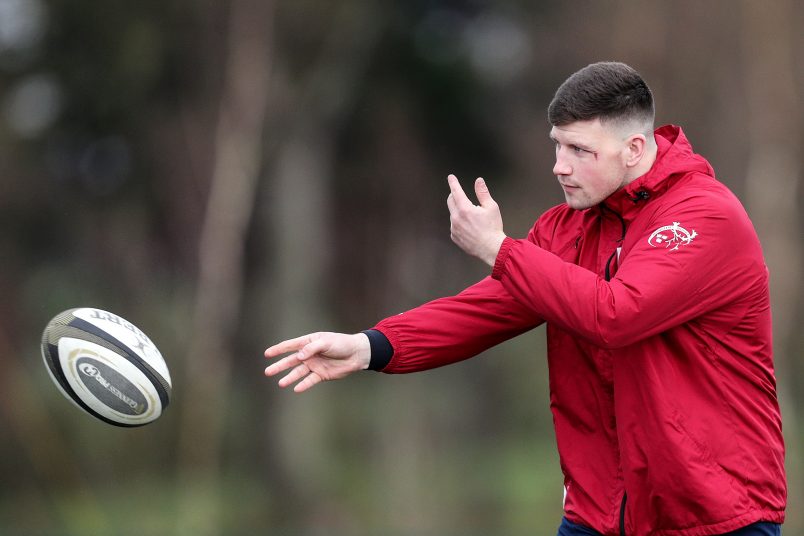 Fineen Wycherley at training on Tuesday.

Find out all you need to know ahead of #MUNvSCA below with tickets available here.

JJ Hanrahan has been successful with 20 consecutive kicks at goal in the Guinness PRO14. He leads the PRO14 Golden Boot standings with a 92.5% success rate having successfully kicked 37 out of 40 attempts.

Munster were bonus-point winners away to Zebre last week and have conceded just three points in the last two games which have seen the province secure a record 68-3 victory over Southern Kings and last week’s 28-0 result in Italy.

Johann van Graan’s men are three points off Conference B leaders Edinburgh with Scarlets in third place and three points behind Munster.

Munster’s record at Thomond Park in the last three years has been outstanding with Leinster the only visiting side to come away with a win.

The province have been boosted by the return of Chris Farrell and Jack O’Donoghue from Ireland camp ahead of the clash. 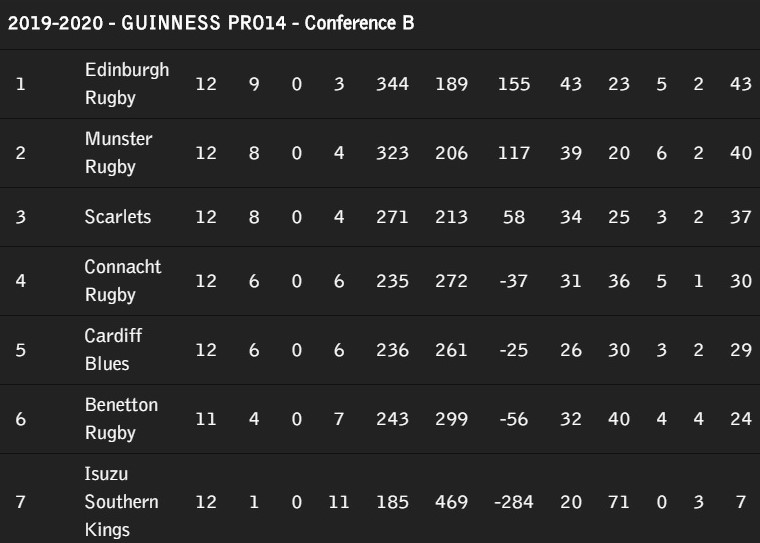 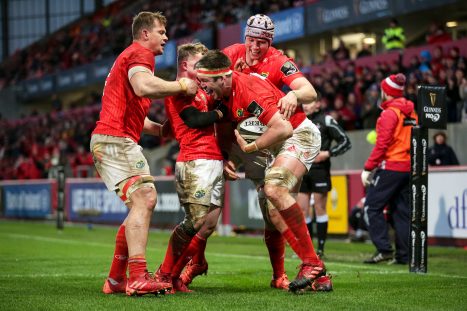 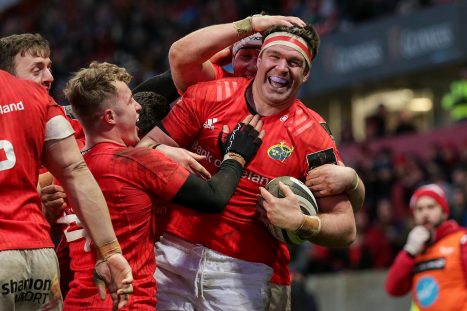 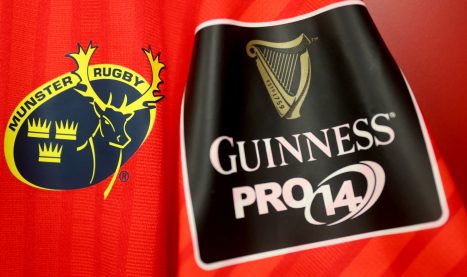 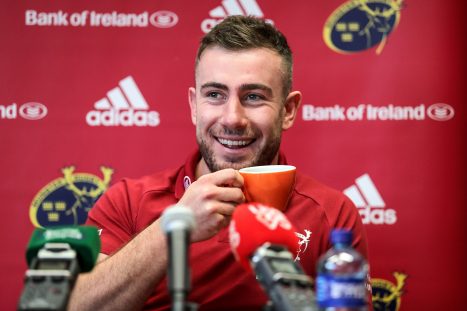 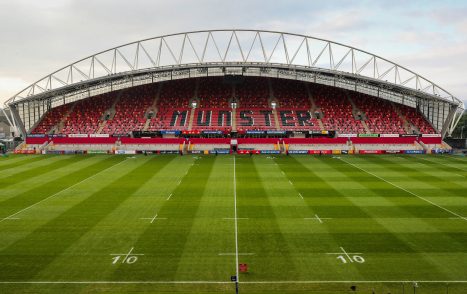 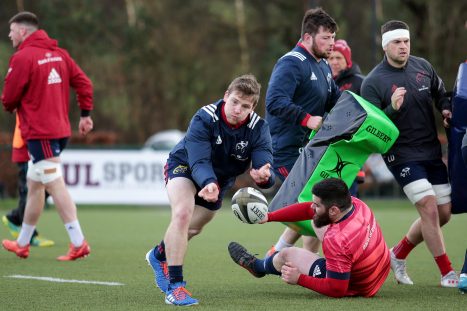 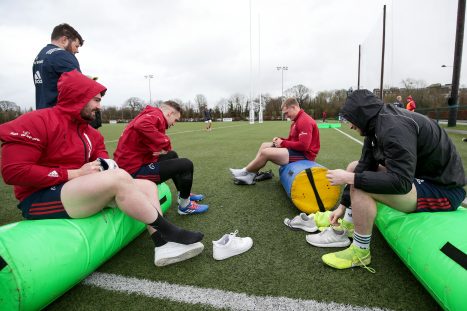 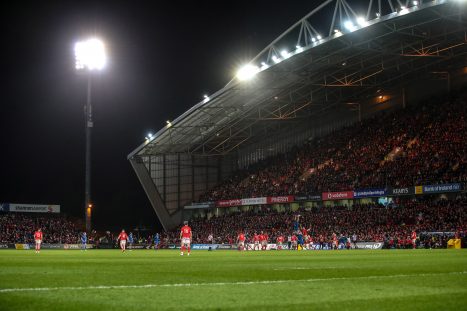