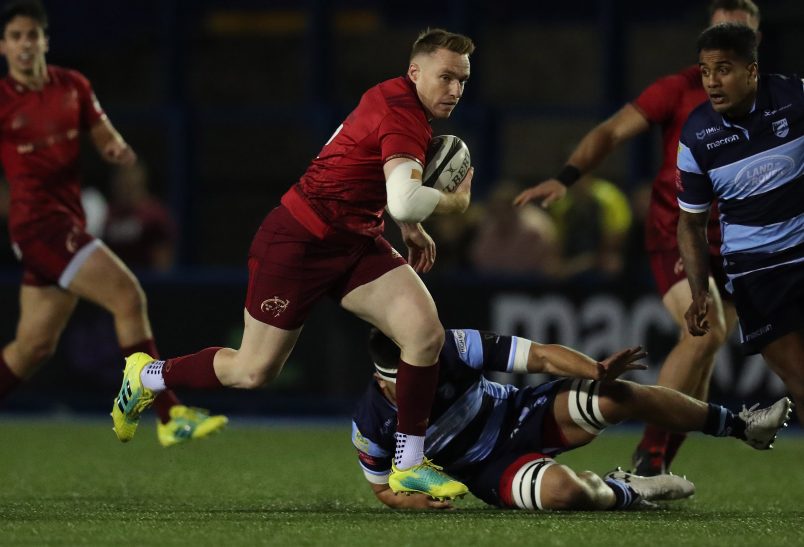 Rory Scannell on the charge away to Cardiff last season. Inpho

Munster face Cardiff Blues at the Arms Park in the Guinness PRO14 on Saturday night as the province look to secure their first win since 2017 in the Welsh capital.

The game will be new Forwards Coach Graham Rowntree’s first game at Munster.

The last four fixtures between Munster and Cardiff have all gone the way of the home side on the day with Cardiff securing a 37-13 victory in the corresponding fixture last September.

Munster are set to be without the 12 players who represented Ireland at the Rugby World Cup with Cardiff without seven of their Wales internationals.

Rey Lee-Lo is set to return after representing Samoa in Japan and is set to resume his centre partnership with Willis Halaholo, Man of the Match in their win over Munster in Cardiff last year.

Munster have not been victorious at the Arms Park since March 2017 but have secured three bonus-point wins in their opening four PRO14 fixtures. 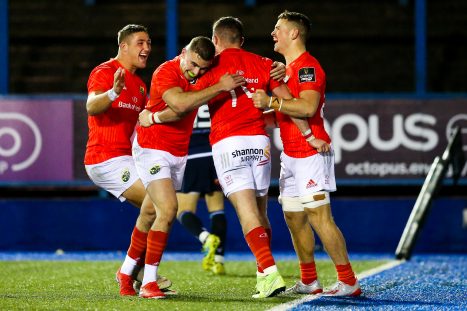 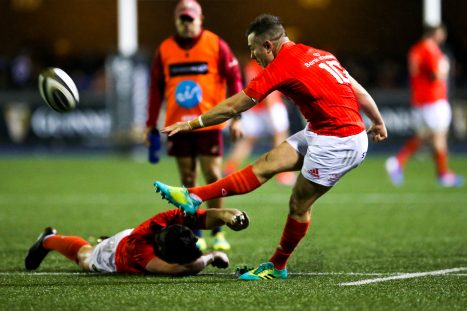 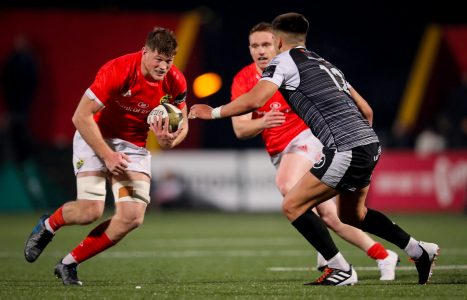 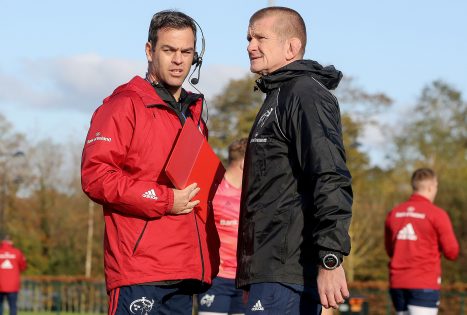