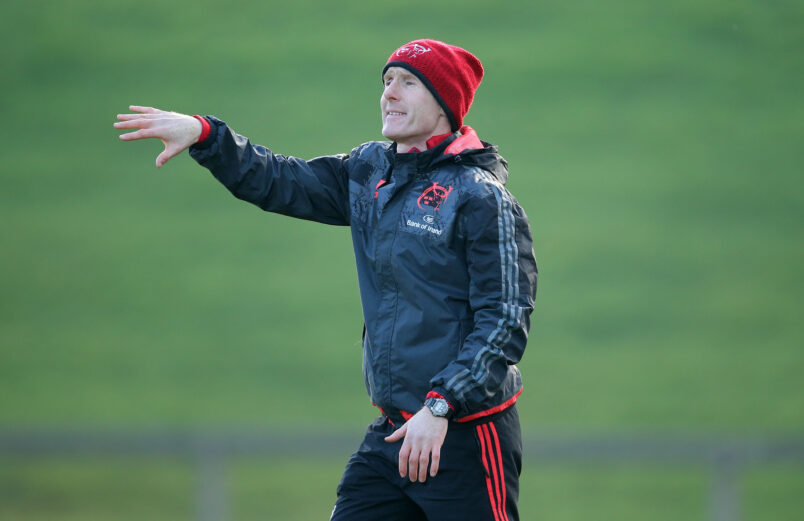 Munster Rugby and the IRFU are delighted to confirm that Ian Costello has been appointed to the role of Greencore Munster Rugby Academy Manager.

Costello returns to the province after working in England for the past five years. Since 2018 he has held the role of Defence Coach with Wasps Rugby and prior to joining the Premiership side he was the Head Coach of Championship club Nottingham Rugby.

With a wealth of experience across numerous coaching roles, Ian initially worked with the province’s academy in 2006 when carrying out his role of IRFU Elite Player Development Officer for two years.

Over the same period, he worked with UL Bohemian RFC in the roles of Head Coach and Director of Rugby and was instrumental in developing the club’s academy programme.

A former Munster U20s Coach, he assumed the role of Munster A Head Coach in 2011 and led the province to a British and Irish Cup title in 2012, and was promoted to Assistant Coach with the senior squad in 2014.

Costello will commence his role in July on completion of the current season with Wasps Rugby.

Commenting on the appointment Ian Costello said, “My family and I have had an incredible experience in the UK over the last five years at Nottingham and Wasps, but we are very excited for an opportunity to return home and once again work with Munster and the IRFU.

“I would particularly like to thank Wasps for the support and understanding they have shown me and my family. I am deeply passionate about Munster and Irish rugby and look forward to the challenge and responsibility of being part of developing the elite player pathway in Munster.”

Peter Smyth, IRFU Head of Elite Player Development, said, “Ian is returning to Munster having accumulated knowledge and experience in other rugby environments and is a quality appointment for the Munster Academy. He comes into the role at a time where there are huge opportunities for the development of the elite player pathway in Munster.”

Eoghan Clarke has completed his time with the academy and linked up with Championship side Jersey Reds at the end of March.

Out-half Ben Healy leads the way with senior appearances on the Academy front this season having featured in 14 of Munster’s 20 games, scoring 77 points.

66% – The future continues to be bright with an expected highest representation of academy graduates in over eight years in the squad next season.