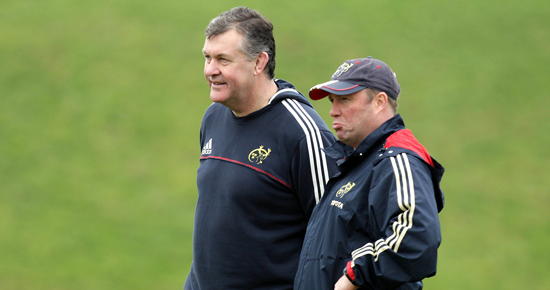 Munster announced today the appointment of Niall O’Donovan as their Team Manager and will take over the role from Shaun Payne who returns home to South Africa.

O'Donovan was assistant coach with Munster up until the end of the 2001/02 season before moving on to the role of Forwards Coach with the Ireland Senior squad.

In more recent times he has acted as Team Manager and Forwards Coach to the Munster British & Irish Cup squad who contested the inugural final and won the title recently with victory over Cross Keys.

Commenting on the appointment, Munster CEO Garrett Fitzgerald said "we are delighted that Niall has agreed to take over the role of Team Manager. Niall has had a long assocition with Munster Rugby and having acted as forwards coach in the past and more recently as Munster 'A' Team Manager he brings a wealth of experience that can only enhance the newly appointed coaching structure".

The Shannon clubman takes up the role on July 1st on a two year contract.