Musgrave Park is the Cork home of Munster Rugby and is also home to two of the All Ireland League Senior Club sides, Dolphin RFC and Sundays Well RFC.

A €3.2m investment by Munster Rugby saw major redevelopment works take place from June 2014 to January 2015. Stadium advancements included a new West Stand seating 3,500 – with the overall capacity of the venue at 8008 – while the East Terrace was also covered.

How to find us

The Cork venue is one of two Munster Rugby stadiums, with Thomond Park in Limerick the other.

• The latest upgrade works were carried out between June 2014 to January 2015 by BAM.

• The top of West Stand is approx. 14m above pitch level - the same height as 3 stacked double decker buses.

• Approximately 3,500 m2 of cladding used in the roofs and elevations of both stands - half the size of a rugby pitch!

Reaching Cork by car is relatively straightforward as the road system connects all of the large cities.

Main roads serving the city include the N8 from Dublin, N25 from Waterford, N20 from Limerick, N22 from Killarney and the N71 from West Cork.
Irish Independent Park is situated in Ballyphehane and is accessible from the South Ring Rd. or through the city.

There is a park and ride facility in operation for Munster matches in the Black Ash Park and Ride, located off the South City Link Rd. and ten minutes walk from the stadium.

Please keep an eye on the website for specific match times and prices in the run-up to a Munster home game.

Connections to all major rail-linked towns and cities can be made from Kent Station.

More details on the Irish rail service can be found at http://www.irishrail.ie/

Bus Eireann provide a nationwide network and service to Cork.

Further timings and information can be found at http://www.buseireann.ie/bubble.php?id=59#cork

Musgrave Park is the Cork home of Munster Rugby and is also home to two of the All Ireland League Senior Club sides, Dolphin RFC and Sundays Well RFC.

A €3.2m investment by Munster Rugby saw major redevelopment works take place from June 2014 to January 2015. Stadium advancements included a new West Stand seating 3,500 – with the overall capacity of the venue at 8008 – while the East Terrace was also covered.

The ground was purchased by the Munster Branch I.R.F.U. in 1938, when the Ballyphehane area of Cork City, was still open country. The onset of the Second World a year later prevented the immediate development of the ground, but it was possible to build a small pavilion and to put in place two playing pitches. The Dolphin and Sunday’s Well clubs who at that time were having great difficulties in their grounds were installed as tenants. The grounds were named after the late Jimmy Musgrave who had been prominent in both Munster and Irish rugby for many years.

One of the driving forces behind the setting up of the ground was the then Honorary Secretary of the Branch T.W.O’Brien, Sunday November 10th, 1940 saw the opening of the ground, which was opened by the Lord Mayor of Cork Alderman William Desmond and was then followed by a charity match in aid of the Marsh Building fund between the Munster Branch President’s (Louis Daly) XV and the Branch Honorary Secretary (Tommy O’Brien) XV.

During the war the Cork Corporation stored turf on the ‘back pitch’ this mode of heat being so important to the people during those years. Eventually it was decided to provide a stand – it was a pity that when it was been built that it was erected on such lofty stilts. It was usually closed on match days, but on the odd occasion that it was opened to the public, such as a visit of a touring side or an interprovincial match it was usually half full. Eventually it was demolished and a structure almost the full length of the pitch installed, the timber seating came from the old West Stand in Lansdowne Road. The venue has come a long way since those far off days.

On the field some of the highlights was the day that Munster held the mighty All-Blacks, the visitors gaining a share of the spoils with an injury time penalty, while the province have registered a hat-trick of wins over the Wallabies at the venue, their last success came in 1992 when the Australians were World Champions. Other events that have been staged at the ground included major Pipe Band competitions as well as a European Cup soccer match. 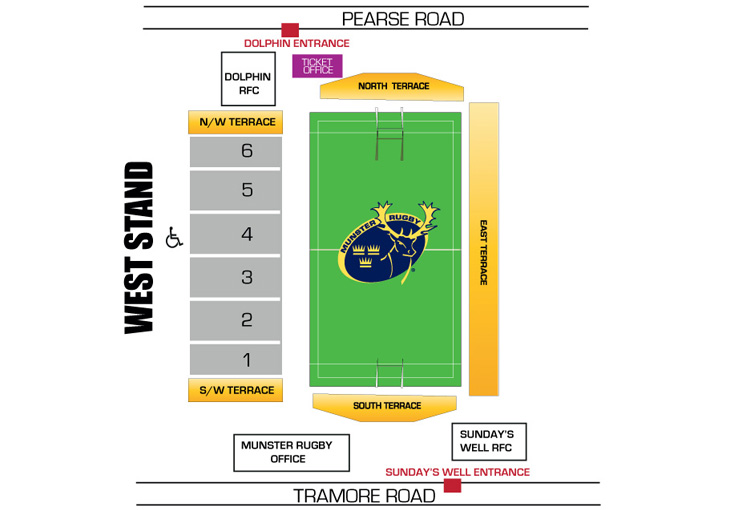 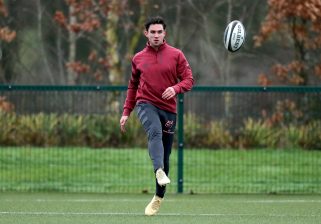 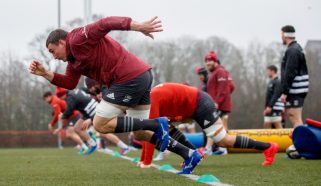