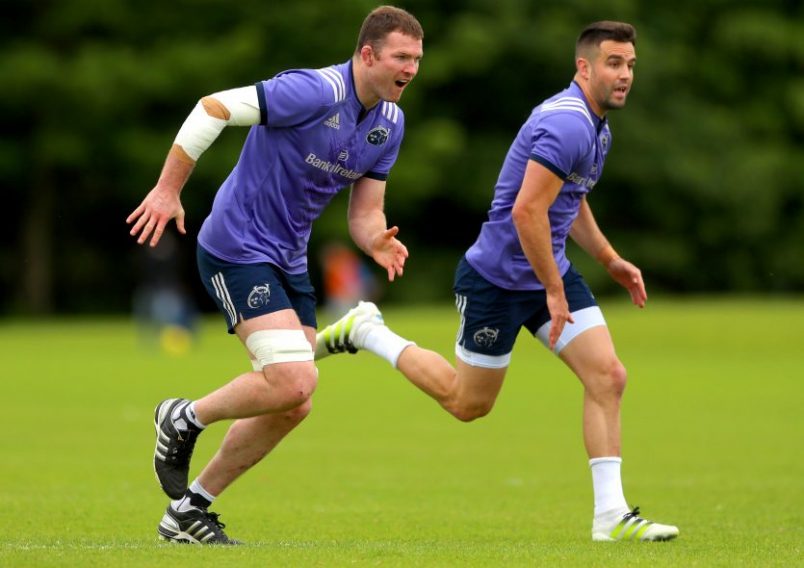 Director of Rugby Rassie Erasmus keeps faith with the matchday 23 that defeated Ospreys for tomorrow evening’s Guinness PRO12 Final against Scarlets at the Aviva Stadium, as Munster go in search of their first Championship title since 2011.

Named in the second row, Donnacha Ryan will win his 167th and final Munster cap, with outside centre Francis Saili and replacement Jean Deysel also set for their final involvement with the province.

Meanwhile, having made his debut as an Academy player away to Connacht in April 2010, scrum half Conor Murray will make his 100th Munster appearance tomorrow and becomes the tenth player of the current squad to reach the milestone. 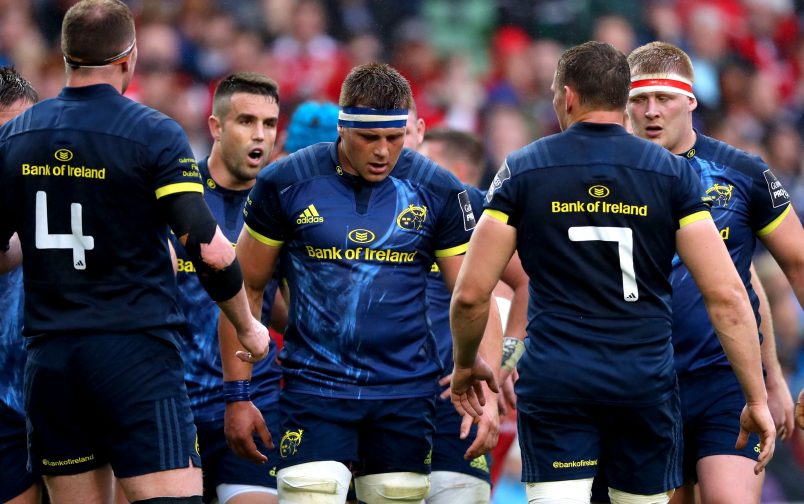 More Aviva anguish for Munster, as they returned to the venue of their European Cup semi-final defeat against Saracens looking for their fourth PRO12 title, only to be stunned in the first-half by the Scarlets in a disappointing afternoon on the banks of the Dodder.

Three tries in 11 minutes gave Rassie Erasmus’ side a monumental 26 points to try and overcome, and despite scoring before the half and threatening in the second, errors in the final third ultimately saw the Red Army succumb to their second PRO12 final defeat in three years.

Munster, playing in their changed strip of all-blue, got on the scoreboard first, with Player of the Year Tyler Bleyendaal slotting an early penalty following an infringement in the opening scrum, put a further ten yards forward after some Scarlets indiscipline.

However the Welsh side, one of the few teams to have defeated Munster on home soil, struck back powerfully; Rhys Patchell using an advantage to kick the ball perfectly into the path of Liam Williams to beat Keith Earls to the ball and dive over the line, before Patchell kicked another three from 40 metres out to put five between the teams.

Munster’s defence has been watertight thus far this season, but a high-pressing game saw us picked off again in the 20th minute, as Scarlets showed good hands to set Steff Evans away, who played a little one-two with Jonathan Davies before crossing in the corner, finished off by Patchell on the sideline.

The blue corner was on the ropes at this stage, and another ball out wide by Aaron Shingler saw Steff Evans burst down the left touchline once more, but namesake Rob’s spill let the province off the hook.

The visitor’s third try wasn’t long in arriving though, as Scott Williams burst through a flimsy Munster tackle before playing in Gareth Davies to cross; doubts over the legitimacy of the try denied by the TMO, and on the half-hour mark Kildare native Tadgh Beirne powered over at the Aviva against a stunned defence to stretch the lead to 26 points.

No shortage of fight in the province however, as history suggests, and having finally gained a stake in the opposition’s half, Bleyendaal spotted a fissure and slid over before converting, allowing the large home following to dream at the break.

In front of 44,558 the defeat was sealed with 10 minutes to go, as again quick hands from a set piece saw the Munster defence fold, and substitute DTH Van Der Merwe force his way past a number of blue shirts in finishing under the posts.

Erasmus’ men did get their second try however, as Conway’s excellent performance was capped off as a late Rhys Marshall’s pop pass saw the Irish international break two tackles before eventually touching the ball down, and some gloss was put on the scoreline as Keith Earls intercepted to cross unopposed to a standing ovation.

Scarlets were by far the better team however, and finished off a perfect afternoon in Dublin as James Davies capitalised on a loose ball to pickup and dot down on the whistle for a record 24 point victory in the PRO12 final.

However, more fuel to the Munster fire ahead of next year, and with a European Cup semi and a PRO12 final having finished top of the league, there is plenty build on for Erasmus ahead of the 2017-18 season. 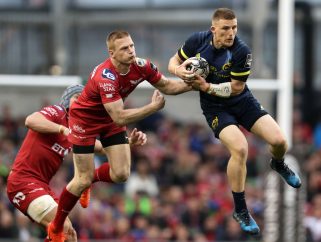 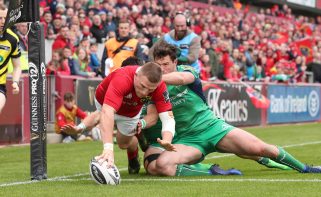 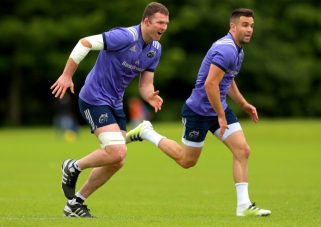 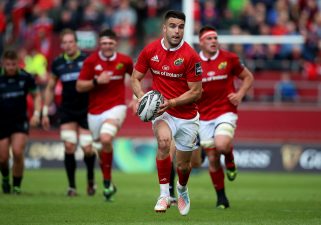 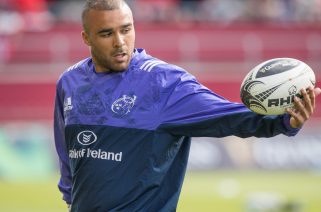 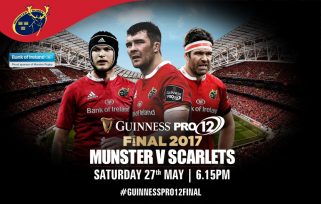 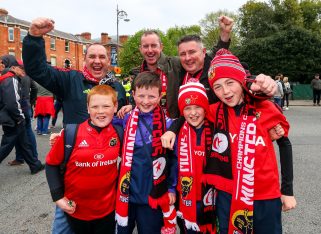 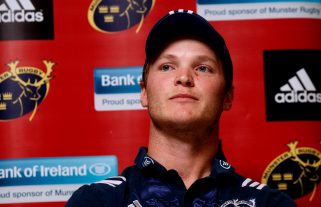 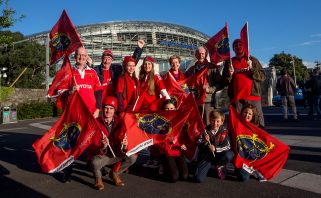